London-based trio Dream Wife – Rakel Mjöll, Bella Podpadec and Alice Go – will release their explosive new album So When You Gonna… next month, and today the band share a bold and emotional new track “Temporary.” About the often-unspoken struggles of miscarrying, “Temporary” shows a sweeter side of the band, with Alice’s honey-sweet guitar beautifully complementing Rakel’s soaring vocals as she gently sings, “With every loss how do you carry through / Know you’re brave to jump back into.”

“‘Temporary’ is a song about having hope through waves of difficulties and was written for a friend who went through multiple miscarriages and is now pregnant again,” the band explain. “It’s about the heartbreak of repeatedly putting your body through the transformation and danger of pregnancy, and it’s about holding space for dreams of creating new life and trying again. Miscarriages are not often in the media but as it is experienced by so many, it is important to speak.”

Dream Wife also announce that all proceeds from digital Bandcamp pre-orders of So When You Gonna… will be donated to Black Minds Matterand Gendered Intelligence. Black Minds Matter connects Black individuals and families with professional and mental health services across the U.K., and Gendered Intelligence aims to increase understandings of gender diversity, working with the trans community and those who impact on trans lives, with a focus on supporting young trans people aged 8-25.

Dream Wife also shared episode 8 in their So When You Gonna… podcast series this week, with Alice interviewing musician Soph Nathan (of The Big Moon and Our Girl), getting passionate about guitars, with stories about learning how to play the instrument and discussing existing as womxn in the music industry today.  Having always been outspoken about holding up other womxn and non-binary people in the arts and creative industries, the band have– as they say in the record’s first single “Sports!” –“put their money where their mouth is” with this new series. Each episode is a one-on-one interview with a different creative, connected with Dream Wife, about how exactly they managed to hone their craft. The band have interviewed friends, collaborators and people whom also inspire them across multiple fields and hope to encourage their fans and listeners to start something new, to pursue their creative interests and also to provide advice in navigating these industries. Listen to all episodes HERE.

Dream Wife released their self-titled debut in 2018 to critical acclaim, earning support slots with the likes of Garbage, Sleigh Bells and The Kills, sold-out international headline shows, secured syncs in shows like Orange is The New Black, all the while using their platform to lift up other womxn and non-binary creatives with empowering messages and their “girls to the front” ethos. Now, the band prepares to release their sophomore record So When You Gonna…,dealing with topics such as abortion, miscarriage, and gender equality, and produced entirely by a non-male team of producer and mixer Marta Salogni (Björk, Holly Herndon, FKA Twigs), engineer Grace Banks (David Wrench, Marika Hackman) and mastering engineer Heba Kadry (Princess Nokia, Alex G, Beach House). While it touches on important themes, there’s also an immediacy, a ‘now or never’ excitement that exists right at the core of this record, that encourages you to stop waiting and start doing. The album title is a play on that central idea. “It’s an invitation, a challenge, a call to action,” says Mjöll.

So When You Gonna… will be released on July 3rd via Lucky Number – pre-order HERE. 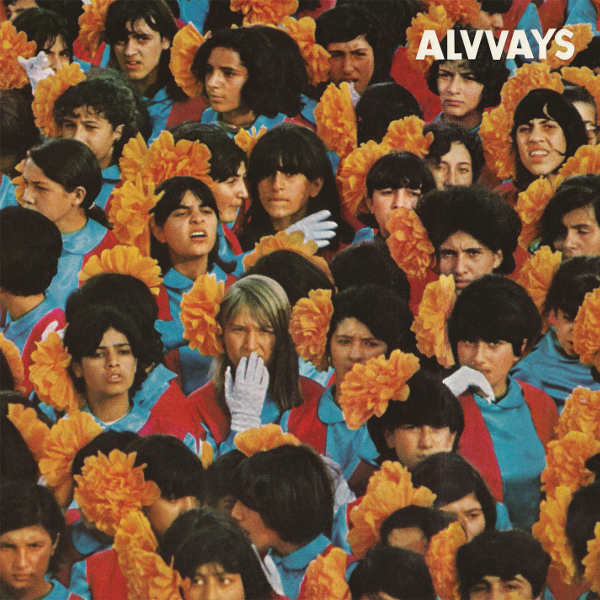