After the amicable split of London based indie-rock trio Doe in 2019, drummer/vocalist Jake Popyura initially breathed a tearful but welcome sigh of relief, imagining the split would allow him to take some time off from music and focus on other facets of adult life. However, this musical hiatus didn’t last long. Having just bought an old 4-track recorder on a whim, Popyura set himself a goal to justify the purchase: to write and record a full album with no pressure, no expectations and no outside opinions or involvement. What emerged was ‘Death Is the Best Thing for You Now’, the title a nod to his favourite movie Freaked (Alex Winter & Tom Stern, 1993).

Popyura set to work demoing the record whilst binge watching all three seasons of Netflix female wrestling comedy-drama GLOW, which may or may not have had some influence on the subsequent albums’ central themes. “The album was recorded on an industrial estate in Watford where I survived mostly on coffee and pasties from a petrol station across the road. I performed, recorded and mixed the whole thing myself in relative secrecy, my only interactions being with the owner of the studio who I don’t think liked me very much.”

The gentle chug of ‘Agony Anne’ weaves a desperate tale of a serial killer and her soon-to-be victim. Supermilk’s swooning melodies and rising vocals lure the listener along until they’ve arrived somewhere else entirely. “Anne is a killer who meets her victims on an unspecified dating app (it might rhyme with Judge Rinder). The lyrics are mostly from the perspective of her latest captive whilst they’re making a last-ditch effort to reason and empathise with her, even going as far as to suggest that maybe they could join forces” Says Popyura.

“I made the video with the assistance and creative input of my friend Zak and the members of his band DMDR. Zak was responsible for melting the Ken(s) and despite some initial concern regarding his neighbours and the smell of burning plastic on a Sunday afternoon, he was very enthusiastic. We used two Kens and filled their heads with fake blood, expecting it to sort of ooze out the front; what we didn’t expect was the blood to literally boil and bubble out the top, but I’m glad it did. I like to think the end result is somewhere between The Adam & Joe Show and a Troma movie. My dad has called it ‘very sick’, but not in the hip cool young person sense.”

‘Agony Anne’ is available digitally on Feb 18th followed by Supermilk’s debut album ‘Death Is the Best Thing for You Now’ on limited edition vinyl on March 27th 2020 via Keroleen Records. Supermilk will be playing a special release show in London on April 3rd at Sister Midnight Records. 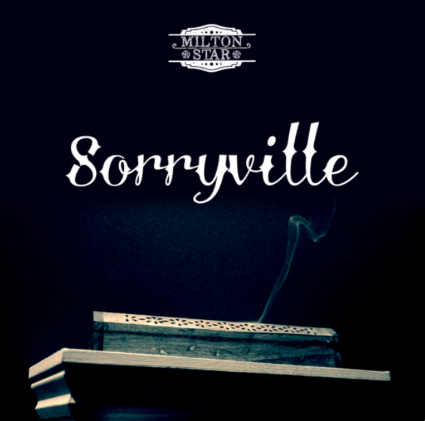