SINGLE ARRIVES AHEAD OF A HOST OF 2020 FESTIVAL DATES

Hull quintet Low Hummer have announced their third single ‘The Real Thing’ which was released on famed Leeds label Dance to The Radio on the 6th February.

Launching in late 2019, Low Hummer have firmly announced themselves as one of the next great bands from the region with a brace of ferocious yet hooky singles that have helped to strike up no small amount of hype for the Northern post-punk group.

Made up of members from across Hull’s nebulous DIY music scene, and led by guitarist and singer Dan Mawer, Low Hummer have thrown their various influences, inspirations and styles together to create a unique, bold and uncompromising sound that saw their second single featured on BBC 6 Music’s Roundtable in November and playlisted as the Recommends Track of the Week as well as earning them support from the likes of Huw Stephens, Dork, Gigwise, Clash and many more.

Produced by Matt Peel (Menace Beach, Pulled Apart By Horses, Crushed Beaks) at The Nave studio in Leeds, ‘The Real Thing’ sees the band pressing ahead with their desire to experiment and embrace more electronics as Mawer explains: “The Real Thing was a bit of experimenting in the studio with our producer Matt. We’ve released an electronic inspired song ‘Don’t You Ever Sleep’, as well as ‘I Choose Live News’ which was straight up post punk – This time we wanted to try and combine the two.”

Inspired by Sub Sub’s ‘Ain’t No Love’, the band stripped production down and took a minimalist approach that yielded some exciting results they likened to artists like Chemical Brothers. Taking the bones of this sparse electronic tune, the band performed it live and added their own unmistakable mix of effortless cool and furious energy to end up with their towering third single.

Low Hummer will follow this single with their debut EP in Spring 2020 as well as a run of festival shows, including Stockton Calling, Live at Leeds, Hit The North & more to be announced.

2 May – Live at Leeds Festival, Leeds

3 May – Hit The North Festival, Newcastle 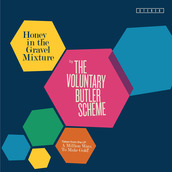