The award-winning Long Division festival has announced the first artists scheduled to perform at the Wakefield based festival. Celebrating it’s 10th anniversary this year, Long Division will take over the West Yorkshire city for a four-day celebration of DIY culture, featuring a massive multi-venue music festival on the 6th June.

Leading this announcement are Sunderland post-punk icons The Futureheads fresh of a huge tour celebrating the 15th anniversary of their debut album. Joining them in Wakefield will be British multi-vocalist, beatboxer and comedian Beardyman, lo-fi DIY heroes The Lovely Eggs as well as Brix & The Extricated, the Manchester post-punk vehicle of ex Fall members Brix Smith Start and Steve Hanley and Lanterns On The Lake, whose new album will be released on Bella Union in February.

Steadfastly committed to new music, Long Division have also announced some of the most exciting new bands from the region, including Low Hummer, Tiger By The Tail, Ruthie and many more.  A number of Long Division’s partners will be lending their curating skills to the festival including Yorkshire Music Forum, Leeds College of Music and Wakefield College who will be using the festival as a platform to grow and support new talent in West Yorkshire.

Long Division was launched in 2010 when festival founder Dean Freeman cashed in his NHS pension and quit his job to pursue his goal of helping to revitalise the DIY music scene in Wakefield. Over the last 10 years the festival has shifted goals and formats to become a four-day festival of art, music and DIY culture – an essential organisation and event in the much misunderstood and often overlooked West Yorkshire city.

The festival returns in 2020 thanks to it recently securing it’s largest ever grant from Arts Council England, allowing Long Division to greatly expand it’s community and cultural work as well developing it’s ground breaking #YoungTeam project, creating new job roles for young people in the industry and commission a year round programme of new work for Wakefield artists.

Also announced is a new event – ‘Long Division: In Conversation With…’. This new event, scheduled to take on Friday 20th March will feature two special guests in conversation including esteemed music journalist Charlotte Gunn, who will be interviewed by BBC Introducing’s Emily Pilbeam and a second guest TBA who will be interviewed by journalist and musician John Robb as part of a collaboration with Louder Than Words. Tickets for the event will cost £10 and are on sale now.

More artists, events, projects, commissions and installations will be announced for Long Division’s 10th birthday in the coming months.

“Reaching the tenth Long Division Festival is a huge landmark for us. Doing what do, in Wakefield, in an era of austerity, has been incredibly tough but also amazingly rewarding. Long Division Festival 10 is in part a look back at how far we’ve come – we’ve invited back some old friends and given the lineup a little more of a celebratory vibe than usual. But it’s also a starting point for what could be the next ten years. We’re now a group of people that work all year round and we’re excited to use Long Division Festival to be a catalyst to develop our city and positively impact the music industry. We’re delighted to have such quality emerging talent at this year’s event and some amazing partners such as NME and Yorkshire Music Forum to work with in ensuring these artists get a great platform – alongside heroes of ours such as The Futureheads and The Lovely Eggs.”

“We’re really excited to be back at Long Division. It’s one of our favourite festivals and it’s great that it’s happening in place like Wakefield. We played the very first Long Division festival ten years ago at Henry Boon’s and it was an absolute cracker of a show. We’ve been back twice since then and can’t wait to come back yet again to party hard with the Wakefield Massive! Proper DIY grass roots festivals like this is what it’s all about. Bring it on!” 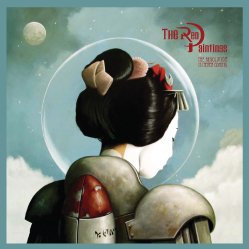