Human Impact previously shared two tracks from the 10-track release:  “E605” and “November”. Album pre-orders, which include instant downloads of the trio of songs, can be found here https://smarturl.it/HumanImpact.

he track arrives as Human Impact announce their first live performances outside of their hometown, joining YOB for a week of Western U.S. tour dates, beginning on March 19th in Sacramento. The band play a hometown, record release show on March 14th at Saint Vitus (http://bit.ly/HISaintVitus). 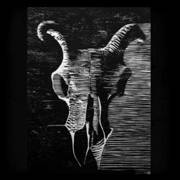