Announce new album ‘For Their Love’,
due April 24th via Play It Again Sam

Other Lives are pleased to mark their return with the release of their new album For Their Love on April 24th, 2020 through Play It Again Sam.

Following 2015’s Rituals, the trio of Jesse Tabish (piano, guitar, lead vocals), Jonathon Mooney (piano, violin, guitar, percussion, trumpet) and Josh Onstott (bass, keys, percussion, guitar and b/vocals) have reappeared with the long-awaited follow-up, For Their Love, a ten-track collection with a nod to the past whilst progressing positively towards the future.

Lost Day, the first taste of what’s to come is shared today, alongside a video that features the traditional A-framed cabin where Tabish now resides along with wife Kim who also contributes vocals on the album. Located in Oregon’s Cooper Mountain region, the “A Frame” plays an integral role in the creation of the album. Not only has it proved less distracting than the urban setting where Tabish and the band once convened, it is amidst this bucolic backdrop that For Their Love was forged. Self-produced, the album sees Tabish and his bandmates less inclined to over-finesse, the resultant tracks show the band “trying to capture the vibe of something altogether more instant. I was adamant there would no tricks and nothing to obscure me which I had been doing psychologically and musically” says Tabish.

On emerging from Oklahoma back in 2011 with the sweeping, widescreen, cinematic arrangements and haunting, wistful melodies of their debut album Tamer Animals, Other Lives had an uncanny ability to evoke the wide-open space, big skies and broad horizons of their home state’s prairies. A reignited sense of freedom is palpable throughout For Their Love whether pared back, sombre resignation, or upbeat, rousing and liberating. Out of personal and creative uncertainty and recalibration the trio have re-emerged, a must-have pastoral sensation reborn.

Taking its name from one of the earlier tracks written for the album the band’s creative lynchpin and frontman Tabish explains; “something about the title feels both inclusive and also of a larger scene whilst embodying the path we wanted to take.”

Again joined by drummer Danny Reisch who played on Rituals they are bolstered by an array of musicians featuring strings, brass and percussion as well as Kim Tabish and Onstott contributing choral-style backing vocals reinforcing the overall cinematic feel that permeates the album.

Tabish concludes: “The album is a record reflecting human feeling in the current state of affairs. Economy and politics on the individual, whilst the latter still has to deal with the basic struggles of finding meaning of their existence. Money, love, and death are always real and hard to cope with; what does the individual chose to make these larger themes of life easier to deal with. The record speaks in realness, questions, observing, lamenting and hopefully finding the slightest of hope in themselves; these characters sometimes venturing out into spiritual, religious or institutionalised endeavours. In my personal hope, only finding their self-worth being more important than anything than what has been taught or preached to them” 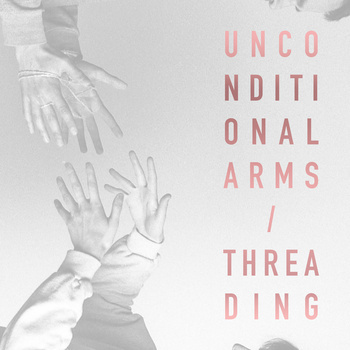