A sonic cross-continental experience, Mummer Love is the second album in the Perfect Vision triptych collaboration between Soundwalk Collectiveand Patti Smith. The album, which features guest contributions from Phillip Glass, Mulatu Astatke, and the Sufi Group of Sheikh Ibrahim, will be released 8th November via Bella Union and is available to preorder here. A first track entitled “Eternity” has been shared and is streaming HERE.

For this body of work, Soundwalk Collective journeyed to Africa to explore the intricacies of Arthur Rimbaud’s most obscure period. After leaving France and what he deemed the ‘western stagnation’, Rimbaud found himself in Harar, Ethiopia – an epicenter of Sufism in Africa. Sufi practise focuses on the renunciation of worldly things, the purification of the soul and the mystical contemplation of God’s nature. Sufism is a mystical form of Islam, and its music is about reaching a communal ecstatic state, and once you find yourself there, you are granted access to the unknown.

The Soundwalk Collectivespent time with the Sufi group of Sheikh Ibrahim to record their music and chants in the shrine with the use of Audio-Technica microphones. “You obtain connections to other levels of yourself and consciousness,” Stephan Crasneanscki mentions of the musical process. “This connection, like poetry, is a universal language. A language of the soul, for the soul.”

As with the other albums in the triptych, the Collective searched for hidden, earthy sounds that hold memories and embed existence. For Mummer Love, they also found themselves recording under the tree where Rimbaud photographed the shrine of Sheik Abadir Umar ar-Rida al Harari, the founder of the holy city Harar. “As the rain fell, I wondered if I was hearing the drops hitting the leaves the same way Rimbaud did 140 years ago,” Crasneanscki says. These sounds and Sufi chants coexist with Patti Smith’s interpretation of Rimbaud’s poems, as she recites and sings among them in a call and response, sharing the same musical and spiritual space.
Smith’s only poem is the title track “Mummer Love”, written to Rimbaud; her words are rooted in multiple aspects of the self: from the passion of a lover to the care of a mother, and everything in between. Further contributions to this album come from Mulatu Astatke, widely considered the father of Ethio-jazz, and Phillip Glass, who’s long felt a connection to Sufi music – here coming together and evoking a call and response between piano and vocals of the Sufi masters. It is simultaneously the first time Glass collaborates with Smith, and so Harar becomes an extraordinary meeting place for all to celebrate the beauty of Rimbaud’s work.
Referring to the overall work, Smith likens the project to a fourth mind equation. “Because we are working with other people’s work, and not just reading it but channelling these people, they become a fourth mind. We are Rimbaud, you, I, and the work,” Smith says in conversation with Crasneanscki. The unification of all minds together magnifies its power and potential. “It makes me think of Rimbaud’s energy, his strong will,” Smith says. “If we, the living, send out radio and energy waves, the energy of those last poems is still reverberating. It can’t be silenced, because we understand that this work and the artists are not dead, they find life when we are recording them.”

Entitled The Perfect Vision, this musical triptych, which has been co-produced with Leonardo Heiblum and supported by the Analogue Foundation, aims to go beyond 20/20 vision and explore a dimension that exists on a non-physical plane. What one can physically see is only the beginning – this project transcends what we think we see, by multiplying experiences, languages and energies. “We went through places like Mexico, Ethiopia and India to search for a perfect vision, in spaces where you can still feel a sacred presence – where the Gods are still among you,” says Crasneanscki. “In this idea of perfect vision, there is the idea of oneness, and with that comes a sense of supreme love.”

Mummer Love will be released 8th November, to mark the anniversary of the death of Arthur Rimbaud, on 10th November (1891). 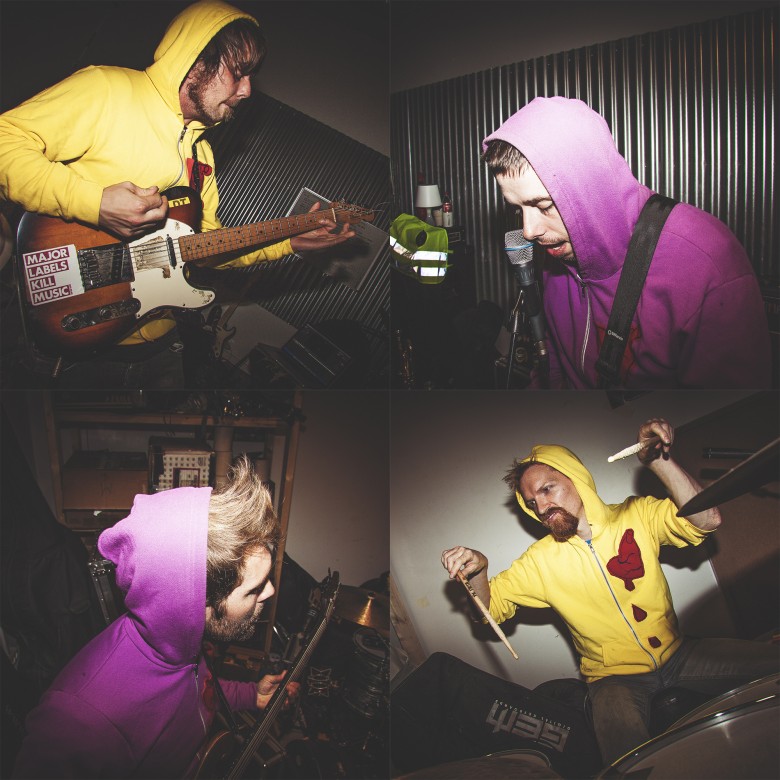