Joseph release the third single “Green Eyes” off their forthcoming effort ‘Good Luck, Kid’ out September 13 via ATO Records. An uplifting reflection on love, guidance, and the open road bolstered by Joseph’s intensely dynamic signature sound, “Green Eyes” fits right in with the rest of the empowering collection of tunes.

“You’re starting to sense this person slipping away from you and you explain how it’s ok if they’re questioning, but you feel certain and you’ll be right over here waiting for them to see what you see,” says Joseph about the track. “This person is a much more confident and grounded person… she knows what she wants and she offers it with open hands”.

“Green Eyes” is the third single off of ‘Good Luck Kid,’ following the title track and exhilarating lead single “Fighter”. The upcoming record is a road movie in album form, an odyssey at turns emotional, existential, and entirely literal. With their intimate storytelling and restless intensity, Natalie Schepman and her sisters Allison and Meegan Closner detail that journey in songs that careen and sprawl and often soar, ultimately spinning a narrative of life-changing transformation. The band is set to embark on an extensive tour thisautumn, starting on the eve of the new album’s release. The sprawling set of dates will see the sisters headlining their biggest rooms to date. Full details are below: 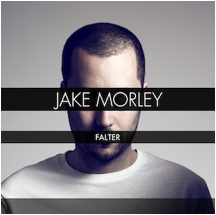