“Clean, hypnotic guitars pulse behind the knowing self-destruction o getting lost in an other person” – **** Mojo
“A defiant hand-stamp that reclaims what Chastity Belt means to them” – Uncut
“A perfect distillation of Chastity Belt’s swirling, moody dream-state sound.” – Long Live Vinyl
“A gorgeous ode to the power of self-care” – **** The Skinny

Following the release of their self-titled new record last Friday, September 20th via Hardly Art, Seattle band Chastity Belt have shared a new video for the track “It Takes Time”.

Directed by Claire Buss and Nick Shively of Weird Dog, the video for “It Takes Time” sees the band go jazz, commenting:“We had the idea for a video set in a jazz lounge for a little while and we’re very grateful to Weird Dog for helping us bring it to life. We’re all huge fans of jazz and pasta. We have a special pasta dish that we cook when we’re together called La Vasta. It’s our famous dish, we’ve been making it since college and have shared many fond memories slurping it down together. Before we dig in we join hands in the prayer: When you’re here, you’re family.”

Chastity Belt will be touring extensively this fall in Europe and North America in support of the record, hitting the UK throughout late October. See below for a full list of dates.

Chastity Belt -Julia Shapiro (vocals, guitar, drums), Lydia Lund (vocals, guitar), Gretchen Grimm (drums, vocals, guitar) and Annie Truscott (bass)— have an energy that runs like a circuit, circling around the silly and the sincere. Theirs is a long-term relationship, and that loop sustains them. Tongue-in-cheek witticisms and existential rumination feed into each other infinitely, as long as they’re together. That’s a creative thesis in and of itself, but isn’t that also just the mark of a true-blue friendship?

With the luxury of spending several weeks in the studio with Jay Som’s Melina Duterte, Chastity Belt were able to take time and experiment. The new self-titled album sees them adding more dynamic vocal harmonies, sharing lead vocals on different tracks, and working with different instruments such as violin (played by Annie), cello, trumpet and keyboards. It makes for an intricate yet uncluttered record that is not only a product of, but a series of reflections on what it means to take what you need, and to understand yourself better. It is some of their most mature, most introspective and nuanced material to date – unhurried, thoughtful and poignant.

What the making of ‘Chastity Belt’ reveals is that the band has tapped into a deeper tradition of women making art on their terms: the act of self-preservation in favour of the long game. In favour of each other. In this cultural moment, taking space like this to prioritise the love over the product seems progressive. Chastity Belt’s intentions have resulted in an album deeply expressive of four people’s commitment to what they love most: making music with each other.

‘Chastity Belt’ is out now via Hardly Art. Listen/buy it here: http://smarturl.it/chastitybelt 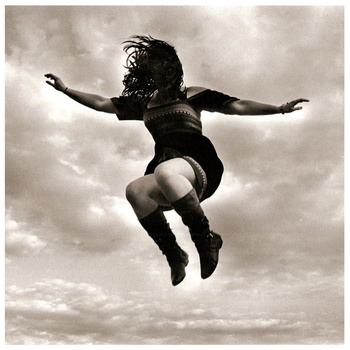