‘Running Scared’ is a compelling new track highlighting the band’s ability to write and perform tentative stand out compositions. Melodic projection and addictive lyrics- another winning release from the band.

They are a band of sharp parallels. Their languorous, sub-mersive soundscapes are dappled in evening sun, while the lyrical content within is evocative of a blanket of unforgiving fog that foretells pounding rains ahead. Newly signed to Clue Records, the band come straight out of the gate fully armed with an accomplished and immediate self-titled debut, out September 13th.

While artists operating from a similar whimsical, slacker-pop wheelhouse (think Connan Mockasin) often draw content from literary, sci-fi planes, Van Houten use their dreamy sound world as a backdrop for their most crushing struggles. Sadler is unflinchingly honest, railing against depression and its innate ability to inhibit him from being the caring partner he wishes to be.

Sadler hits crisis point on ‘Running Scared’, he sees no way out from his depression. From the backseat he stares out of car windows, wishing he was the people walking the pavements, falsely believing that happiness meets their every step. It’s unexpected to hear these words atop slumberous solos and breezy synths yet this distinctive partnership is what makes Van Houten so utterly compelling.

Largely recorded across just three December days, ‘Van Houten’ was produced by Martin Smith (Gomez, Bombay Bicycle Club, Richard Hawley). With Smith at the helm, Van Houten were able to realise their true sound. “We met Martin at a small bar in Sheffield. He went on to do a whole new mix and master of our then single ‘Ever Changing Light.’ The way Martin made the track sound made us realise what could be possible for our music. It was a match made in heaven.

“When making the album, we were able to finally sculpt the vintage Hi-Fi sound that we have always been searching for. The title is Van Houten because this is the first work we have created that truly represents our band. This new sound is the true sound of our band,” Sadler explains. An album for all seasons, it’s clear that Van Houten are already expert at their craft and a band to be reckoned with. The rest of 2019 and 2020 will see them embark on further UK tours, while the future holds a magnitude of possibility for the exciting young quintet.

Van Houten are one of the most thrilling UK acts about. 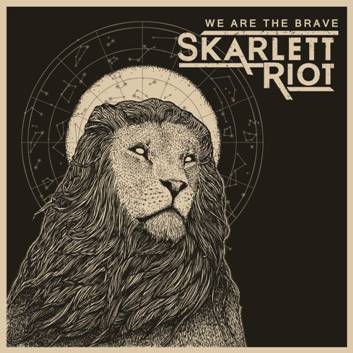