AHEAD OF RELEASE THIS FRIDAY, AUGUST 2ND

Bad Heaven Ltd. are sharing the full stream of their new album strength ahead of its release this Friday, August 2nd.

John Galm wrote about the album in a statement below: “over the past few years, i’ve been writing a lot more from these series of disparate memories, where i take images from my past and create these new scenarios based around them. for strength, i kept coming back to this one image, of evening on pine street in kutztown, pennsylvania, the town where i went to college and spent four difficult years. after high school, a lot of my friends went off to cities and were enjoying the culture and experiences they provide for folks fresh out on their own for the first time. i was stuck in the middle of farmland, still reeling from the death of my dad a year prior and struggling to relate to anything and anyone around me. i felt alien; isolated, and it’s a feeling that’s stuck with me for many years. when these songs started coming to me, i’d see pine street, and the old house where some of my only friends lived draped in orange streetlights, and i’d imagine a world where i had someone, that type of friend you have an irrefutable connection with, to sift through the darkness with. for years, i felt like my years in kutztown took something from me. i took my inability to feel ok there as a personal defeat; as something fundamentally wrong with myself. i know now, almost a decade removed from it, that that’s bullshit. in a way, strength was a way for me to reconcile with this thing that I haven’t known how to: a time of great confusion where i couldn’t find the comfort and support i needed in the place i was stuck in. to go back and resee these streets knowing that what i needed wasn’t there and to reimagine how it’d feel if it had been, in its own odd way, helped me heal.” – John Galm on  strength

Previously the band shared the final single from the record, “bed”, with John Galm discussing the genesis of the band, mental illness and more at  FLOOD Magazine, while  Stereogum says the track “manages to both lumber and shimmer in equal measure”, calling it “melancholy, ascendant.” NPR Music’s Marissa Lorusso covered the song writing that “inspired by the struggle of mental illness…”bed”…is about the hope and faith that things will get better – only for everything to come crashing down.””bed” is about the potent mixture of the inability to function through depression coupled with the fixation of daily interactions which anxiety causes you to agonize over in excruciating detail.

Bad Heaven Ltd.’s strength is a vulnerable album, with Galm digging into his own mental health struggles and experiences to create songs that speak to a pervasive human condition; on “bed,” Galm openly discusses the effects of anxiety and depression. It’s a sincere, frank discussion of mental health, that distills the inability to function through depression while fixating on every interaction that anxiety causes you to agonize over in excruciating detail.

““bed” is about being eaten alive,” Galm says. “It’s about the dream of relief that comes from living with a chronic mental illness.” As the second verse dissolves into an ambient cloud, there’s a sense that the relief we seek can eventually be found, only to be washed away by a final, and pummeling, wordless chorus.

Their previous single, “100“, is emblematic of the subtle politicization of these vignettes of precarity that make up the new album. “100” speaks to a deep sense of loneliness, the feeling that someone should be with you but they’re not, while detailing the emotional toll of creating lives in spaces that aren’t our own. “There is a sense that a place can be a complete shithole, but when you have someone to share it with, you can bear it. When you’re alone, it’s unforgiving”, Galm goes on to say that “100” is about “trying to live your life while these external forces control the way we live, dictating how we move about in the world.” There’s an almost palpable recitation of modern life as a tenant, replete with black mold, crooked floors, exposed pipes, and a refrain of “fuck your landlord, it’s not their home.” John Galm’s ability to write personal songs in ways that allude to the inextricability of the rise of pervasive mental health struggles, feelings of loneliness, depression, isolation and a lack of community from the inherent politicization of being a renter, the constant threat of destitution and surviving under the thumb of an oppressive system, is amazing.

Coming to Bad Heaven Ltd. with an eye on Galm’s past work, many would expect a record harkening to the heyday of the emo-revival. And while the sophomore album from Bad Heaven Ltd. is extremely emotional, it eschews emo tropes while digging into a nuanced, poignant, storytelling style akin to the likes of Phil Elverum, Elliott Smith, or Jason Molina.

Bad Heaven Ltd.’s brash songs, full of drone-like feedback bursts and enveloping guitar lines, belie the depths of suffering, both personal and societal, that strength examines. Galm didn’t set out to write an album that touched on the precarious situation of millennials, a generation lost to perpetual war, financial collapse, and the death throes of late capitalism—but in its vignettes, strength does just that. With simple meditations on the innate human desire for connection, community, and friendship, succinct lamentations on depression, and the guilt and joy of being young, carefree, and a complete fuckup. There’s an almost palpable recitation of modern life as a tenant, replete with black mold, crooked floors, exposed pipes, and a refrain of “fuck your landlord, it’s not their home.” Galm has created an intricate cross-section of the life, and survival, of the precariat.

“There’s nothing strong about the song “strength””, Galm says of the lead single and title track. Opening with the line “Strength beyond strength, found my way home, slept out on the porch tonight, declare me the lucky one”, Galm sets the stage for a song he says is about “being young and thinking you’re doing a really good job, but you’re just young and dumb. A young dummy.” “Lucky and bored in love with you” he sings, commenting that it’s about “…shrugging off reality. It’s not realizing how irresponsible you’re being; with yourself, with other people’s feelings, when you’re young and impervious to the realities of what comes next.”

Bad Heaven Ltd. began in 2016 as a recording project in Galm’s North Philadelphia home. In the wake of several louder, more visceral projects, Galm’s music was beginning to take a new shape: gentle, dynamic and catchy yet retaining the emotionally intense, resonant and viscerally relatable songwriting he’s become known for. These changes were reflected on the debut Bad Heaven Ltd. album cool hell, co-released by Topshelf Records and Square of Opposition Records. Bad Heaven Ltd. spent the bulk of 2018 working on their follow-up LP, strength, with Evan Bernard engineering (Spirit of the Beehive, Mannequin Pussy) at Big Mama’s Studio in Philadelphia. strength will be out August 2nd, two days before Galm’s 33rd birthday. 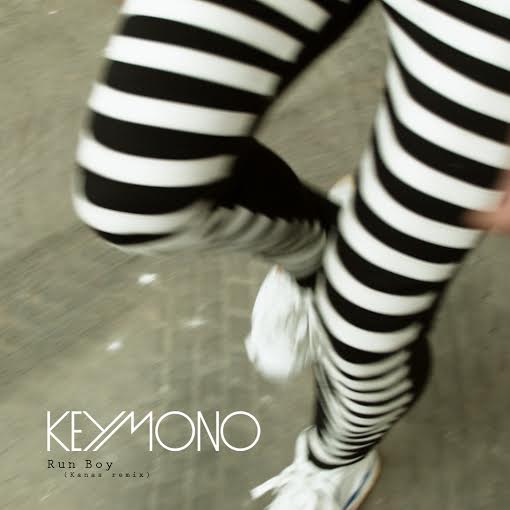