With ‘CHORDS’, the Stockholm-based musician and composer Ellen Arkbro returns to Subtext, following her acclaimed debut album ‘For Organ and Brass’.

Composed of a carefully selected combination of tones, ‘CHORDS’ stretches, extends and obscures the timbral character of the instruments it is performed on. Across both tracks, Arkbro examines the sonic materiality and harmonic quality of chords. She considers how the compositions occupy space rather than time – transposing theoretical possibilities into the phenomenal realm.

As a part of Arkbro’s systematic investigation of harmonic sound, ‘CHORDS’ proffers a divergence from conventional ways of listening. This work allows for a form of listening which goes beyond the mere reception of outer stimuli in letting the listener experience their role as active, and as emodying the sound itself. Space rather than time becomes the primary locus of listening as subtle movement of head and body reveals the inner complexities of ‘CHORDS’.

‘CHORDS for organ’ was first envisaged in Stockholm’s brutalist Västerort Church. With an interest in tuned intervals and chords, Arkbro sought out particular harmonicities before synthetically supplying additional harmonic content and texture. To pure fifths and octaves she adds synthesised natural sevenths and thirds, creating a heightened sense of harmonic stability.

While this incarnation of ‘CHORDS for organ’ was recorded in Malmö’s St. John’s Church, this work is site-specific, requiring Arkbro to seek out appropriate chordal orchestrations in registers and tunings on each respective instrument, when performing live. ‘CHORDS for organ’ has been adapted and performed in Martin Luther Kirche in Dresden, Civico Tempio Di San Sebastiano in Milan, First Unitarian Church in Brooklyn, Lutherse Kerk in Den Haag and Sint-Jan de Doperkerk in Leuven.

In the corresponding ‘CHORDS for guitar’ Arkbro applies her process to a more widely accessible instrument. Employing a fine-tuned Karplus-Strong synthesis, she supplements additional tones to create a harmonically controlled blend of the acoustic and the synthetic.

‘CHORDS for guitar’ places the listener at the center of a cyclically repeating complex of harmonic strings in wave-like motion. Attention is synchronously fixed with the sound as this chordal harmony rises, vibrates, and purrs away, before rising again.As she transposes these ideas across organ and guitar, Arkbro teases out their affinities and dissimilarities, and, in doing so, effectively highlights the harmonic character of the work as a whole.

In Arkbro’s words: “I listen to these chords with an interest in them as complete events in themselves and without any particular attention to their sequential occurrence. To me, chords with a high degree of harmonic clarity display diamond-like qualities. There is sense of geometric complexity to the experience – both in very concrete terms, with regards to the ways in which these chords merge with acoustic space, but also on a more subtle level, on which harmony almost feels like space, and where the manifold ways of hearing these sounds spontaneously translates into modes of spatial awareness.”

Ellen Arkbro’s sound work is heavily informed by her studies in Just Intonation with La Monte Young and Marian Zazeela in New York and Marc Sabat in Berlin. Her output to date has included long duration compositions for ensembles as well as electronic sound environments in the form of installations and live performances. She employs both traditional acoustic instruments as well as digital algorithmic sound synthesis. Chords sees Arkbro adopt a more minimalist approach than on previous record For Organ and Brass, focusing on the immediate qualities of sound and elegantly expanding the tonal capacities of acoustic instruments using precise, subtle synthesis. 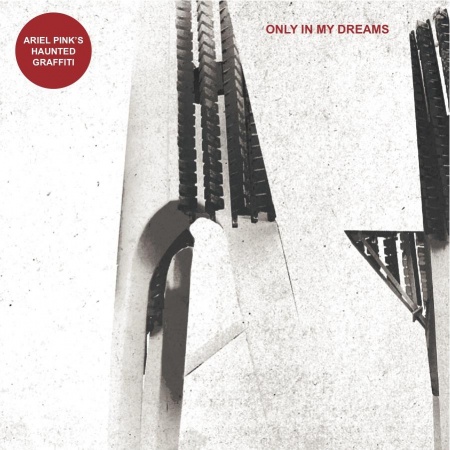