UK/EUROPEAN DATES IN APRILDOT TO DOT FESTIVAL, THE GREAT ESCAPE AND LIVE IN LEEDS

first three singles ‘1,000 Opera Singers Working in Starbucks‘, ‘Peculiar Form of Sleep‘ and ‘Sin is Crouching At Your Door‘, Wovoka Gentle have shared a new track taken from their debut.

Another example of their limitless sonic horizons, and of their winning way with a song title, ‘Tell’em Makoto!’ starts with a hint of shanty, goes Pure Folk, then deploys a sample of gospel singer Mahalia Jackson to devastating effect.

Will from the band explains that the song was inspired by the book ‘Culture Care’ by Makoto Fujimura. He talks about Mahalia Jackson and how people like her exist on the periphery of influence; they exert influence on people who are actual influencers, and that’s the role of art in society. And Mahalia Jackson is a good allegory for him. She was next to Martin Luther King during a speech that was flagging and she shouted to him, ‘Tell them about the dream, Martin!’ And that’s how the ‘I Have A Dream’ speech started.”

The band about to embark on a full European and tour this month in support of Malena Zavala. Wovoka Gentle will also play an Album Launch party at London’s Corsica Studios on the 5th and have been confirmed for Live at Leeds, The Great Escape and Dot to Dot Festivals.

Wovoka Gentle an experimental three-piece from London, comprised of William J Stokes and twins Imogen and Ellie Mason. Taking its root in folk and Americana songwriting, the Wovoka sound draws upon the psychedelic soundscapes of the late 60s as well as contemporary experimental, pop and collage music; marrying classic instrumentation with sampling, synthesis sound manipulation. 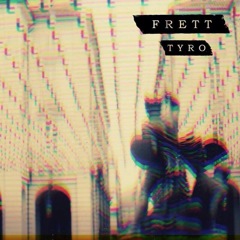