ORLA GARTLAND Shares New Single + Video for ‘Flatline’ & Announces ‘Why Am I Like This?’ EP due 24th May

Orla Gartland Releases New Digital Single Flatline & Announces ‘Why Am I Like This?’ EP out 24th May

Orla Gartland returns with brand new digital single Flatline today, and announces the release of her new ‘Why Am I Like This?’ EP which follows on the 24th May.

the phenomenal success of Orla Gartland’s last single Why Am I Like This?  (February 2019) which is the artist’s track to date with over a million Spotify streams and counting.

Why Am I Like This? was brilliantly coined “existential pop” and dealt head-on with social anxiety, delivered in Gartland’s refreshingly stripped-bare honesty.

New single Flatline continues to secure the young artist’s reputation for confessionary song-writing which has already seen her compared to icon Stevie Nicks.

New single Flatline is, in Gartland’s own words: “A song about giving everything to a friendship and getting nothing back. I’m a fiercely loyal person, often to my detriment – I’ll do everything I can to keep someone happy, but often turn a blind eye to the reality that they wouldn’t do the same for me.”

It’s a return to Gartland’s ‘pop’ sound with the where universally relatable and often melancholy-tinged introspective lyrics are juxtaposed by a soundtrack of colourful, multi-layered indie-pop that has raised comparisons to artists such as St. Vincent and Regina Spektor.

Flatline is perfectly in-keeping with Gartland’s forthcoming 4-track ‘Why Am I Like This?’ EP from which it’s taken, a collection of inward-facing songs written over the four years Dublin-born Gartland has resided in London. As she explains: “Each of these songs explores something I’ve learnt about myself in my late teens/early twenties – these super turbulent, super formative years.”

Flatline follows the aforementioned track ‘Why Am I Like This?’ (February 2019) and last year’s single releases ‘I Go Crazy’ and ‘Between My Teeth’.

Collectively these songs have garnered support from tastemakers such as The Line of Best Fit, Pop Justice and 405 among many others.  To dateGartland’s music has been streamed over 8 million times on Spotify alone, with 180k YouTube subscribers and thousands of loyal online supporters. Flatline was written and produced by Gartland alongside collaborator James Flannigan, and mixed and mastered by Gethin Pearson and Robin Schmidt respectively.

Gartland recently played Roundhouse, London as part of an extensive European tour supporting Dodie. She embarks on her own sold-out UK/Ireland headline tour this month:

Keep up to date with all things Orla Gartland via: Website 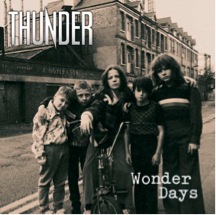