At the end of March this year, Joni Void released the flawless “Mise En Abyme” which is the second full-length by the avant-electronica project of France/Canada producer Jean Cousin. The album was released via Constellation Records and follows his acutely accomplished and acclaimed 2017 debut album Selfless.

The Montréal-based artist spent time with Gavin Brown to talk more about the 2019 record, inspirations behind his material, remixes, collaborations and more…

Your new album Mise En Abyme is out now. How did the recording of the album go?

It was a strange, timely process – Ideas date back to before signing with Constellation, such as wanting to work on an album centered around voice/vocals, and there was an intention to release a counterpart to Selfless that would be more melancholic, sensual. And then around the end of 2017, I went through the “period of doom” that inspired the album, everything came together in a flash, and I had a version of the album finished in the space of 3 months. But then throughout 2018 some conflicts, such as a sample clearance issue, made it a year long process of re-working / finalizing the album, even though I felt like I was already done with it.

What inspired the creation of the album?

As I mentioned previously, at first it was from a desire to have a counterpart to Selfless – which if that one acted as an out of body experience, an eye projecting to the sky, this would be an “inner” body experience, an eye projecting into itself. then my “curse” happened as a catalyst, which made sense of all the ideas and concepts floating around in my head, and a crucial need to make it directly personal / meta – almost too much a self-fulfilling prophecy at times.

Do you always try to maintain the maximum emotional effect with your music even when it reaches its most minimal points?

I wouldn’t say the “maximum”, but yes, I’d say there’s always an emotional foundation to my songs. I simply can’t make music for purely technical / compositional reasons, simultaneously by choice and not. So the only way I know my music is worth anything is that it creates some genuine reaction on an emotional and creative level, that it evokes images, scenes, dreams, life experiences, settings, places, objects…

You worked with Noah, Ylang Ylang, Sarah Pagé, N NAO on the album What did they bring to their respective contributions?

Ayuko Goto / Noah is a long-time collaborator of mine – she wrote me an e-mail with a song attached to it, that I instantly remixed, and from there we both agreed we should work on something together, which ended up being my first collaborative record JONA. The second song we worked, Whispering, was from her desire to work both of her vocals together, and I think that’s my first track that consisted only of vocals and a kick drum. We then collaborated on Empathy, that appeared as Selfless, where her vocals where mostly used as percussion and texture. She then sent me this short abstract film she put together for a preview screening I did of the album, and the sound was these gorgeous layered vocals and field recordings – which eventually became Dysfunctional Helper.

YlangYlang and N NAO are two incredible Montréal artists and long-time friends I have seen perform countless times. I’ve been lucky to witness live sets that consisted almost entirely of vocals, looped and effected, and they’ve been the most impacting ones, and fed into that desire of collaborating with them in that manner.

Sarah Pagé, similarly, is a friend and artist I admire – she’s more know for her harp compositions, and contributions to many bands/records. However, she has similarly been “finding her own voice” recently, as she’s been not only working on her own experimental pieces, but also has been focused more on vocals, and koto. So our song together on this album, I believe, is her first featuring where she appears without harp and sings lead vocals, which I feel so blessed by.

What has the reaction to Mise En Abyme been like so far?

It’s been overwhelmingly positive, and encouraging. The writers seem to really invest themselves personally into the album, instead of, say, just re-wording the press release. There’s been a lot of focus on the themes of communication, and media/technology, and it seems they also love dwelling into the concept(s) of a “mise en abyme”, as it’s more of a literary device than a sound one.

What does the title of the album mean?

A “mise en abyme” is technically a copy placed into a copy. an image within an image. a story within a story. so then the copy is a copy of a copy of a copy… an endless recursive sequence – such as the one on the album cover. it also translates from French to “placed into the abyss”.

How do you think you have evolved as a producer since your debut album Selfless?

For this album, the development was that I didn’t work with “microsamples” and cut-up loops / staccato sound, that defined pretty much the entirety of all my music prior. It involved using much less effects / layers than I usually do, generally restricting myself as much as possible to editing and layering.

Are you constantly working on new material?

In some manner, yes. Before 2016, I was completing on average a song or two every 2 weeks. I don’t produce nearly as much material now, but I’m performing so much more live and collaborating and jamming with artists directly, which I wasn’t really before that. I wish I could balance those two sides right now so that I could produce solo as much as I perform / organize live and/or with others. But yes, there is always a project in the works, that’s what keep me going.

Will you be releasing any new work at any point in the near future or are you going to let Mise En Abyme settle in first?

There will be many future works. Many collaborations first. And 2 Void albums in the works. And many more being schemed. It would honestly be nice to be able to move on from Mise en Abyme, to not be stuck in that feedback loop too much anymore.

Will you be performing album at any live dates at all?

Yes, some tours are being schemed. I’ll be performing in Japan at the end of May. The other tours are planned for the fall. Some odd Montreal shows here and there, more importantly, a collaboration set with N NAO in the Eglise St Edouard, where we will definitely be performing a version of Non-Dit. We’re opening for Mary Jane Leach, renowned modern classical composer/performer from NY, who will grace the church with some beautiful flute drone, on the occasion of the Suoni Per Il Popolo Festival.

If you are, would that be an audio/ visual experience?

It depends on the setting, and my type of set. I’ve been much more into improvising sets, so I won’t be having my visuals that were perfectly edited to the songs as I used to, but I still have some ideas of visuals I could have for new type of sets. And hopefully my dear Sonya Stefancould be doing some for me on some occasions, I am so in love with what she creates.

Do you always like to make sure that your music comes across a certain way in a live environment?

A friend of mine once said of my live set that it “makes the air heavy” – I like that feeling. I imagine my sets more as a cinematic, sensory experience than a purely musical, performance-based one. A mind manifesting itself through sound, and different samples, deep-reaching and immersive. If I’m background music, then I lose.

How did you get involved in producing your own music in the first place? Who were your first musical inspirations and influences?

I started creating my own music around 14 years old, when I discovered Garageband, and two of my favorite bands at the time, Nine Inch Nails and Radiohead, were releasing multitracks of their songs, which gave me a basic understanding of music software and how to layer tracks. At the time, I was also discovering electronic music, instrumental hip-hop, and also mash-ups, so along with the remix, all that eventually fed into my own music. Boards Of Canada, Burial, Four Tet are obvious early, important influences of when I was creating my own music. But the earliest influences I believe, back to my childhood and music that will stay with me my whole life, is Vangelis and video-game music.

Who would you like to collaborate with in the future?

The dream would be with Tanya Tagaq, or Rory Ferreira aka. Milo / Scallops Hotel – but I don’t feel worthy enough of that happening. I would absolutely love to collaborate with legendary Japanese pop artist Kahimi Karie, but it seems she has retired from music. Or on a more realist level, maybe something with my long-time hero / friend Colleen.

Will you be working under the Void and Johnny_ripper aliases again in the future?

Definitely not for johnny_ripper – Of course for Void, as I have two albums already in the work. But one of those Void projects is actually “resolving” / updating my johnny_ripper film album project, so in a way, it is not completely over for that side of my music. I am 100% over that name though.

What remix are you most proud of and why?

Too many, and too many reasons for a single favorite one – Some for the challenge, some for a personal attachment, some for the unexpected results, some because of what resulted from it… To name one with Joni Void though, one of my favorites is the one I did for label-mate Clara Bozulich’s Glass House. Multitracks were not available unfortunately, so I worked with editing / chopping-up the master file itself only, and only using sounds of glass aside from the kick drum. Through that challenge, I decided to not use any effects or plug-ins, only strict editing. The result was very rewarding, and one of the remixes that feels the most like myself for those conceptual reasons.

Who would you like to do a remix for in the future?

Tanya and Rory again, if they feel I’m worthy enough for a remix at least. Otherwise I’d love to do a remix swap with Ryuichi Sakamoto or Andy Stott.

A huge thank you for your time with Circuit Sweet! 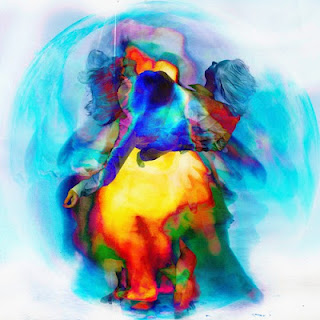