With his debut album ‘Out Of Sight’ due April 26th.

Chelou has been teeing up the release of ‘Out Of Sight’ by slowly revealing tracks and videos since the beginning of the year and marks it’s full release with a headlining show at London’s Jazz Café on May 3rd.  His Summer diary is filling up with appearances at Love Saves The Day, Glastonbury and Green Man Festivals.

Tickets for The Jazz Cafe available from https://www.ticketweb.uk/event/chelou-jazz-cafe-tickets/9151645?pl=JC

Pre-save the album ‘Out Of Sight’: https://ffm.to/outofsight
Pre-Order ‘Out Of Sight’ on 12” vinyl: https://chelou.bandcamp.com/
Chelou tour dates on sale now: https://www.chelou.co.uk/

‘Out of Sight’ is released on April 26th on Chelou’s own label Concrete Dog via AWAL.

If the Chelou sound is a blissful brand of melancholy it’s rooted as much in the 21st century. Dance music was a staple when he was younger with its electronics and ballad-esque vocals having its own impact on this musical output.

Fittingly producer / DJ Maya Jane Coles has been a key mentor – Chelou featured on two of her tracks ‘Believe’ and ‘Darkside’ and she was the main collaborator in shaping and making Out Of Sight along with Cam Blackwood (George Ezra, London Grammar, Florence & The Machine) and LOXE.

With Chelou’s initial releases picking up consistent support from Annie Mac, Tom Ravenscroft, Lauren Laverne and Huw Stephens, it was ‘Halfway To Nowhere’ that proved the breakthrough track clocking up 4m plays on Spotify and over 5.5m on YouTube to date. Chelou wrapped up 2018 with the single release of Out Of Sight – on his own label Concrete Dog) alongside his most recent show, supporting Charlotte Gainsbourg.

Chelou translates to ‘shady’ or ‘hidden’ in French and the man born Adam Gray has “spent a long time not revealing much, but it wasn’t exactly intentional,” he says. “I originally wanted to be a songwriter and not a stage performer, or even a singer.  I began to create a world outside of my everyday existence, starting with the name Chelou, and once it all started happening, it fit my natural personality.” This extends to his videos, all of which have been animations to date.

Having reached a good place, Chelou is no longer out of sight, but here and now, with an album that has made the wait all worthwhile. 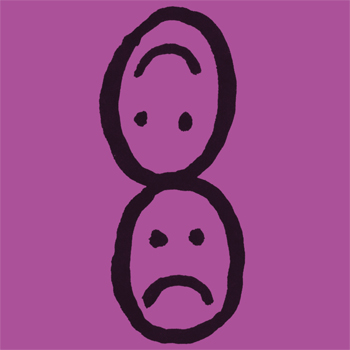