‘MAVIS AND FRIENDS: CELEBRATING 80 YEARS OF MAVIS STAPLES’ BIRTHDAY SHOWS THIS MAY

“Mavis Staples is one of America’s defining voices of freedom and peace.” – NPR Living legend and vocal powerhouse Mavis Staples is proud to announce her 12th studio album ‘We Get By’, featuring eleven tracks written and produced by Ben Harper. Harper’s conscious, expressive writing and thoughtful production captures Staples at this moment in time as she offers up love, hope history during a politically divided era. Listen to the first single ‘Change’HERE.

“These songs are delivering such a strong message,” Staples said. She looks to the formidable and progressive opening track ‘Change’ as an example of the strength in the words she is belting. “We truly need to make a change if we want this world to be better.”

Of course, collaborating with Harper for an album’s worth of new music is part of a larger trend in Staples’ work. An inductee of both the Blues and Rock and Roll Hall of Fame, Staples has famously collaborated with Prince, Bob Dylan, The Band, Curtis Mayfield, Nick Cave, Neko Case, Arcade Fire, Hozier and Wilco’s Jeff Tweedy, just to name a few.

The album’s cover is a powerful photograph titled “Outside Looking In” by American photographer, author, musician and director Gordon Parks. It is part of a series of photographs published in Life as a photo essay titled “The Restraints: Open and Hidden,” which helped expose Americans to the effects of racial segregation.

Parks was the first African American staff photographer and writer for Life Magazine, co-founder ofEssence magazine and a tireless advocate for as well as a documentarian of the Civil Rights Movement. After he died in 2006, The Gordon Parks Foundation was established to permanently preserve his work and in 2017, Mavis was named a recipient of the Gordon Parks Foundation Award, which is given to individuals who have enriched our lives in ways that reflect Parks’ ideas and goals by using creative means to inspire the next generation.

The release of ‘We Get By’ will also align with three celebratory shows that Mavis will spend among her musical friends. Commemorating her 80th birthday this year and presented by Newport Folk, the shows will take place at New York City’s Apollo Theater, Nashville’s Ryman Auditorium and Los Angeles’s Theatre at Ace Hotel. Called ‘Mavis & Friends: Celebrating 80 Years of Mavis Staples’, the trio of shows will feature Mavis and new special guests each night. Proceeds from the Mavis & Friends shows will go directly towards extending the Newport Folk Festivals Foundation’s support of music education programs in New York, Nashville and Los Angeles.

“I just wanted the world to know that I made it to 80!” the 2016 Kennedy Centre honoree frankly says of the reasons for the shows. “I am letting my fans know that I’m over the hill but now I’m going over the mountain.”

Pre-Order ‘We Get By’ 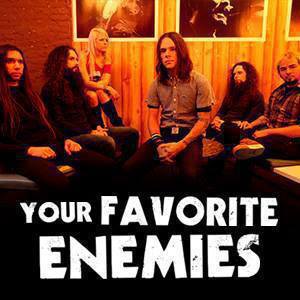