UK and Europe tour in

Today, Mike Krol shares his new video and single “What’s The Rhythm“, taken from his forthcoming album Power Chords, out on 25 January via Merge. Shot in East LA, director Sam Macon aimed to strip things way down to the most basic elements. Macon comments, “A killer song. A great performer. I wanted these elements to come together to create a pure extension of the song itself. We wanted to take things back to a more straightforward and, in all honesty, punk approach.”

On Power Chords, we find ourselves back in familiar Krol territory: aggressive and assertive, scratchy and raw, catchy as hell – but something has changed. The sounds have a new density, and so do the stories. Krol’s lyrics have always walked a fine line between self-acceptance and self-destruction, but throughout Power Chords, they reveal a new sense of self-awareness.

Of all the breakups in Mike Krol’s songs, the most harrowing story is about his breakup with music. In 2015, coming off of his best record yet and the ensuing world tour, Krol found himself in the midst of a full-blown existential crisis. He’d invested everything to create the rock-and-roll life he’d always wanted, but he wasn’t sure the life wanted him back. Power Chords picks up where 2015’s Turkey left off. It traces Krol’s journey back to punk rock, harnessing both the guitar technique and the musical redemption referenced in its title. To rediscover the power in those chords, Krol recorded for two-plus years in three separate locations (Nashville, Los Angeles, and Krol’s native Wisconsin) with the majority produced by Mike McCarthy (Spoon, Trail of Dead).

Deliriously infectious, Power Chords is an evolution in sound, structure and themes, serving as Krol’s boldest and longest record to date at 34 minutes. It’s hard-fought and hard-won, bloodied and bruised. And more importantly: defiant and triumphant.

Mike Krol embarks on a full North American tour next month before heading to Europe and the UK in support of Power Chords. Highlights include SXSW, Savannah Stopover and Treefort. Check below for a full list of dates and for album pre-order info go here. 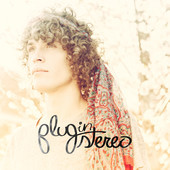