DAUGHTERS DEBUT “LESS SEX” A NEW VIDEO TAKEN FROM THE ACCLAIMED ALBUM,YOU WON’T GET WHAT YOU WANT OUT NOW VIA IPECAC RECORDINGS

Daughters, who saw their new album, You Won’t Get What You Want, chart in the UK and place on countless year-end lists such as The Quietus, Rolling Stone and Bandcamp, kick off the new year with the premiere of their video for “Less Sex”, directed by former bandmate Jeremy Wabiszczewicz.

Singer Alexis Marshall said of the enduring partnership, “More than a decade after Jeremy was a founding member of Daughters, he proposed an intriguing concept for a ‘Less Sex’ video, dark and unnerving, to match the mood the song carries with it. To say we are pleased with the end result would be an egregious understatement. Our dear friend has gone all out and with that, provided us with a visual accompaniment that, quite simply, floors us with every viewing.”

The video arrives as the band is prepping for their first North American tour in support of You Won’t Get What You Want, with European touring to follow in April and beyond.

Tickets for all shows are on-sale now. 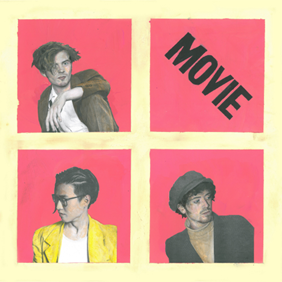