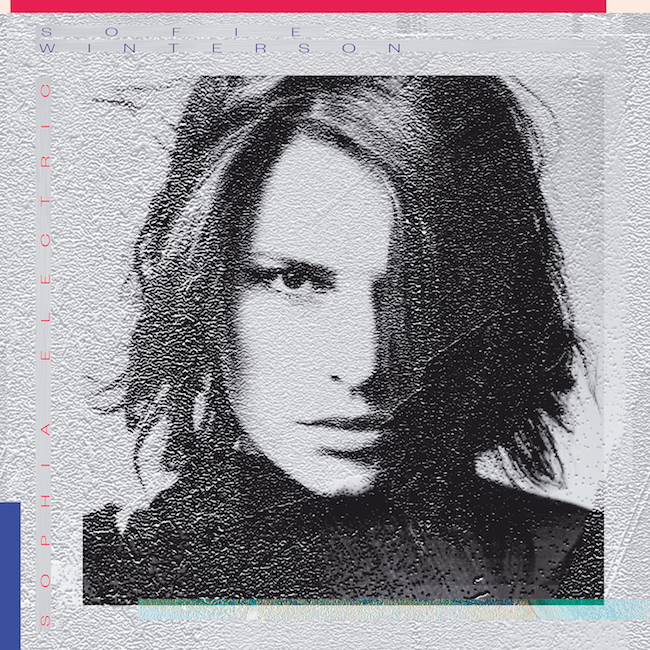 The new single taken from the album is ‘Time’. Of the track, Sofie says: “‘Time’ is about holding on to something that’s already done. But it’s also about my fascination about love these days and how everybody seems to need more time. People say they need time pretty easily but a lot of people don’t seem to know what they need that time for…”

Time’ is accompanied by a video directed by Danny Griffioen. He explains: ““Staying together while deep down inside you are aware that you’re locked up in an unhealthy relationship. You lost affection and you feel lost in a surreal world. I tried to show the different phases of a relationship I once was in. Where in the beginning it feels like the love for each other is infinite and there is no awareness of the concept time whatsoever. The only thing that could separate you from your love is death. (which could be interpreted as the end of time, for some) Although it feels like it, that feeling doesn’t stay forever and there comes a time you’re drifting apart. The love and trust that was build gets withered by two enstranged strangers. The urge to destroy is present and hope is lost. Time feels lost again.“

Sofie grew up in a house full of music on a small peninsula in the Netherlands called ‘Marken’, just outside of Amsterdam. From a very young age, her father had all four children singing together and, later on, he even formed a band with them and toured in the Netherlands and Indonesia, where he was stationed as a doctor on the Maluku Islands. Her parents always thought that music was an important part of life, but didn’t expect all four children would have ended up being musicians. Sofie’s sister and brother are in a band called ‘My Baby’ and her older sister is in a band called ‘Blue Crime’. Her whole youth was filled with music and she drew a lot of inspiration from 70’s folk artists as well as soul legends. For her own music, and the latest project in particular, she returned to the folk.
Her new album ‘Sophia Electric’ is a personal document about love, letting go, change and memory. The music was written and recorded in different locations, namely Los Angeles, Lisbon, Haarlem and Amsterdam, but her guitar was always within reach.

The initial spark that lit the creative fire came when DJ Turquoise Wisdom introduced Winterson to a couple of obscure folk singles during a session on Red Light Radio that she attended. This prompted her to go back to her old love of writing songs in their bare essence on guitar. When she spotted a record player’s amplylier saying ‘Sophia Electric’ on it, she put two and two together. She consumed a lot of music along the way; the deft experimentalism of Arthur Russell, the bare-boned songwriting approach of Big Thief and Elliott Smith, the lush, nocturnal atmospherics of Beach House and Mazzy Star… and yes, the commanding pop aura of Beyoncé too. This confluence of different beats was forged into a singular vision.

Two years later, the album is finished. Winterson took her sweet time. Her fingerprints are all over ‘Sophia Electric’; she wrote, arranged and recorded most of the music herself. She then came with the idea to ask a handful of different producers to touch things up. “ I worked with Ben Westbeech (Breach) on ‘Remember’. Arne van Petegem helped develop ‘Military Man’, ‘Happened To Us’, ‘Make You Miss Her’ and ‘Sweat Heart’. The rest was done with Rimer in London. He also mixed the album.”

Though the album represents an alchemy of many divergent ideas, the big challenge was to emphasize intimacy and tenderness. There’s a sense of space and openness throughout, allowing Winterson’s voice to navigate and achieve its full breadth of expression. “‘Sophia Electric’ has become a very diverse album. Some tracks are arranged with only guitar and some keys, others conceived carefully with layers of drums, synths and guitars. It’s lighter, more economical and more dynamic than all of my previous releases. Even though the themes are sometimes big or serious in nature, there is a playful and naive yearning simmering beneath. “

“A graceful, fleeting, achingly melancholy affair” – Gorilla vs Bear
“Sofie Winterson has created a cinematic world to play in. Like a breeze on the playground, her new single blows through stunningly with playful bubbly synth-pop production and a discernable voice” – The 405
“Sofie Winterson hails from the Netherlands, but her sound seems to drift beyond any borders placed in its way.” – CLASH
WATCH ‘HALF ASLEEP’ VIDEO HERE
www.instagram.com/SofieWinterson
www.facebook.com/SofieWinterson