THE SWEDISH NEWCOMER DOCUMENTS SADNESS THROUGH A PERSONAL LENS

Born in the southern Swedish coastal town of Karlskrona, her debut album explores themes of teenage desire, of the heart and mental health, from both sides.

Throughout the records 9  and extraordinarily tracks, the songwriter and harpist documents teenage sadness through a very personal lens: “I wanted the record to be intimate and beautiful. Some of the songs were written a long time ago and some I wrote during the making of the album. It’s been a long process and I’m glad to finally be able to put it out. Most of the songs on ”Young Believer” are about sad teenagers and uncertainty, but it’s also about becoming a grown-up person.”

Majken ‘Young Believer’ was recorded at her home in Malmo with Damon Tutunjian (Mew, Swirlies), a kindred spirit who appreciates the strange magic of lo-fi recordings almost as much as she does. Tutunjian allowed her to raid his collection of 70’s and effects, which helped to shape the sound of the record. 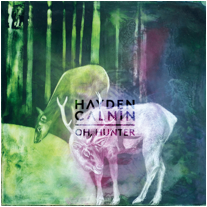