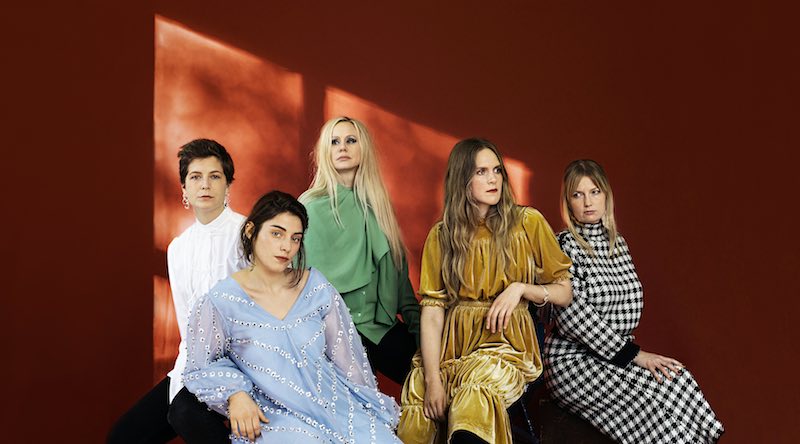 Norwegian artist Susanna is back with a new album ‘Garden of Earthly Delights‘, set for release Feb 22nd via her SusannaSonata label. To create this record, Susanna has gathered a new band/a new team of musicians, called The Brotherhood of Our Lady. Largely inspired by the works of medieval Dutch painter Hieronymus Bosch, the first single from the record “City of Hope“ is streaming online now.

Speaking about the track, Susanna said “‘City of Hope’ is a manic chant for guiding in love and life, with hints of ecstasy in the horizon even though something’s lurking in the undertow.”

The incredible, ahead-of-its-time art of medieval Dutch painter Hieronymus Bosch bears strong comparison with the music of Norwegian artist Susanna. Visionary, disturbing, spiritual; vivid images of darkness and light, good and evil, heaven and hell and the folly of mankind. Like her songs, Bosch’s iconic images range from the panoramic to the in3mate, and express bliss, torment and tortuous inner conflicts.

On ‘Garden of Earthly Delights‘, her 13th album, Susanna takes a selection of Bosch’s paintings as starting points for a fervent, poetic rosary of fantastical songs and stories. Tracks like “Gluttony and Lust”, “Death and the Miser” and “Ship of Fools“, reflect Bosch’s depictions of sin and human weakness, while “Wayfarer”, “Ecstasy” and “Beautiful Life” suggest the transcendent search for spiritual rewards.

Susanna has always been a purposeful wayfarer through music. Like the nomadic figure in the painting by Bosch of around the year 1500, she brings minimal baggage, makes thoughtful choices, and ignores temptations and distractions on her path, in order to stay focused on life’s journey. She felt a magnetic affinity to Bosch’s Wayfarer painting and its symbolic landscape: “That man feels so alive, like someone I just met”, she says.

“While this is not a soundtrack to his paintings,” she says, “I feel a resemblance between the absurdity in his pictures and today’s existence. Humanity has never been more enlightened and competent to make sustainable solutions for everyone, but we still close our eyes to poverty, environmental issues and lack of equality.”

The classically trained Norwegian vocalist, pianist and composer formed duo Susanna and the Magical Orchestra in 2000 for exquisite, minimalistic interpretations of pop songs, from mainstream and leftfield. Since 2007 her own songwriting has diversified in multiple directions, from her ‘Meshes of Voice’ duo with transgressive Norwegian singer Jenny Hval, to the settings of Norwegian poet Gunvor Hofmo, and the collaboration with new music group Ensemble neoN on ‘The Forester’(2013). ‘Go Dig My Grave’ (2018) is the latest in her string of recent solo albums, “a wondrous, haunting bunch of covers” (Uncut) with deep roots through centuries of US and European heritage, released on her own label SusannaSonata.

Originally a commissioned work for the Vossajazz Festival 2017, ‘Garden of Earthly Delights’ ranges from soul searching balladry to sonorous electronic expanses. Some listeners might catch echoes of the melodic range of Joni Mitchell, the confessional darkness of Nina Simone and the traumatised intensity of Diamanda Galas, filtered through a medieval folk and modern experimental sensibility. But there’s no mistaking the powerful, questing clarity of Susanna’s distinctive voice, and the core of symbolic imagery she draws on from ancient mythology via medieval mysticism to present-day consumer society.

Accompanying her own wanderings on vocals, piano and electronics, Susanna assembled The Brotherhood of Our Lady, a new group (named after the religious organisation that sponsored Bosch) drawn from Norway’s current dynamic, young and open minded music scene, with members of bands like Skadedyr, Stina Stjern, Listen to Girl and Propan. The album was recorded in the extraordinary Ocean Sound Studio on the Northwest coast of Norway, a fully equipped wooden hut that sits on a rocky outcrop at the edge of the sea. All programming and production was done by Susanna and regular partner Helge Sten (Supersilent, Deathprod), with mixing by Andrew Scheps (Red Hot Chili Peppers, Metallica, Lana Del Rey, First Aid Kit, etc). The team and the wild location extract some of Susanna’s spookiest and richest sonic performances to date, with a vivid range of colours to match Bosch’s extravagant imagery.

Like Bosch’s paintings, ‘Garden of Earthly Delights’ is relevant to today’s world, marking the pathway between salvation and damnation. “This album is about exclusion in various senses, wandering and seeking something else within or outside yourself, the beauty of life, overconsumption, capitalism tied together with religious mythical and occult images and symbols.” Susanna’s visions offer a signpost in the righteous direction. ‘Garden of Earthly Delights’ is 42 minutes of paradise. 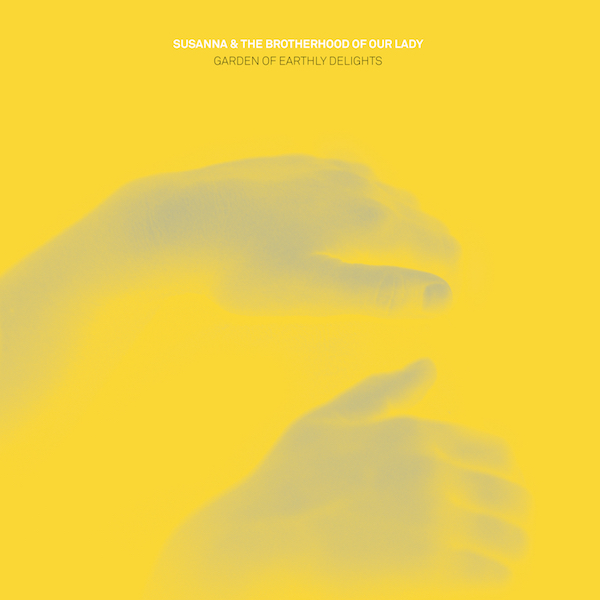 RARITY’s Debut Full-Length “I Couldn’t Be Weaker” Streaming in Full on Noisey; LP Out April 15 on Rise Records