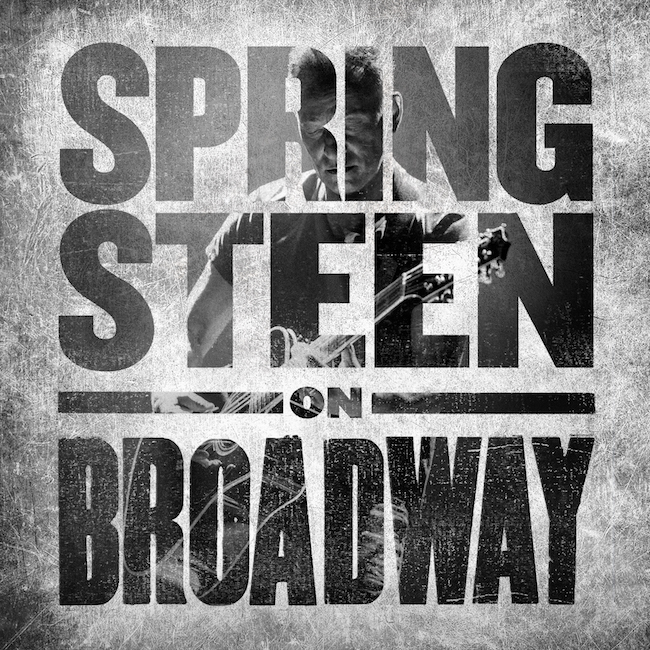 Columbia Records will release the ‘Springsteen On Broadway’ soundtrack album on 14th December, featuring the songs and stories from Tony Award winner Bruce Springsteen’s historic 236-show run at Jujamcyn’s Walter Kerr Theatre. Consisting of the complete audio from the upcoming ‘Springsteen On Broadway’ Netflix release, the soundtrack album will be available on 4 LPs or 2 CDs as well as a digital download and on streaming services.

‘Springsteen on Broadway’ is available for pre-order and pre-save starting today.

“Two spellbinding hours of stories, reimagined hits and a dissection of his own legend….. something deep and joyful has occurred here tonight”

5/5 The Guardian
“As portraits of artists go, there may never have been anything as real — and beautiful — on Broadway.” – New York Times

“An intimate triumph… one of the most compelling and profound shows by a rock musician in recent memory.” – Rolling Stone

Bruce Springsteen’s recording career spans over 40 years, beginning with 1973’s ‘Greetings from Asbury Park, NJ’ (Columbia Records). He has released 18 studio albums, garnered 20 Grammys, won an Oscar and a Tony, been inducted into the Rock and Roll Hall of Fame, received a Kennedy Center Honour and was MusiCares’ 2013 Person of the Year. Springsteen’s memoir ‘Born to Run’ (Simon & Schuster) and its companion album ‘Chapter and Verse’ were released in September 2016 and he was awarded the Presidential Medal of Freedom in November 2016. Springsteen’s ‘The River Tour’ 2016 was named the year’s top global tour by both Billboard and Pollstar. ‘Born to Run’ was issued in paperback by Simon & Schuster on 5th September 2017.