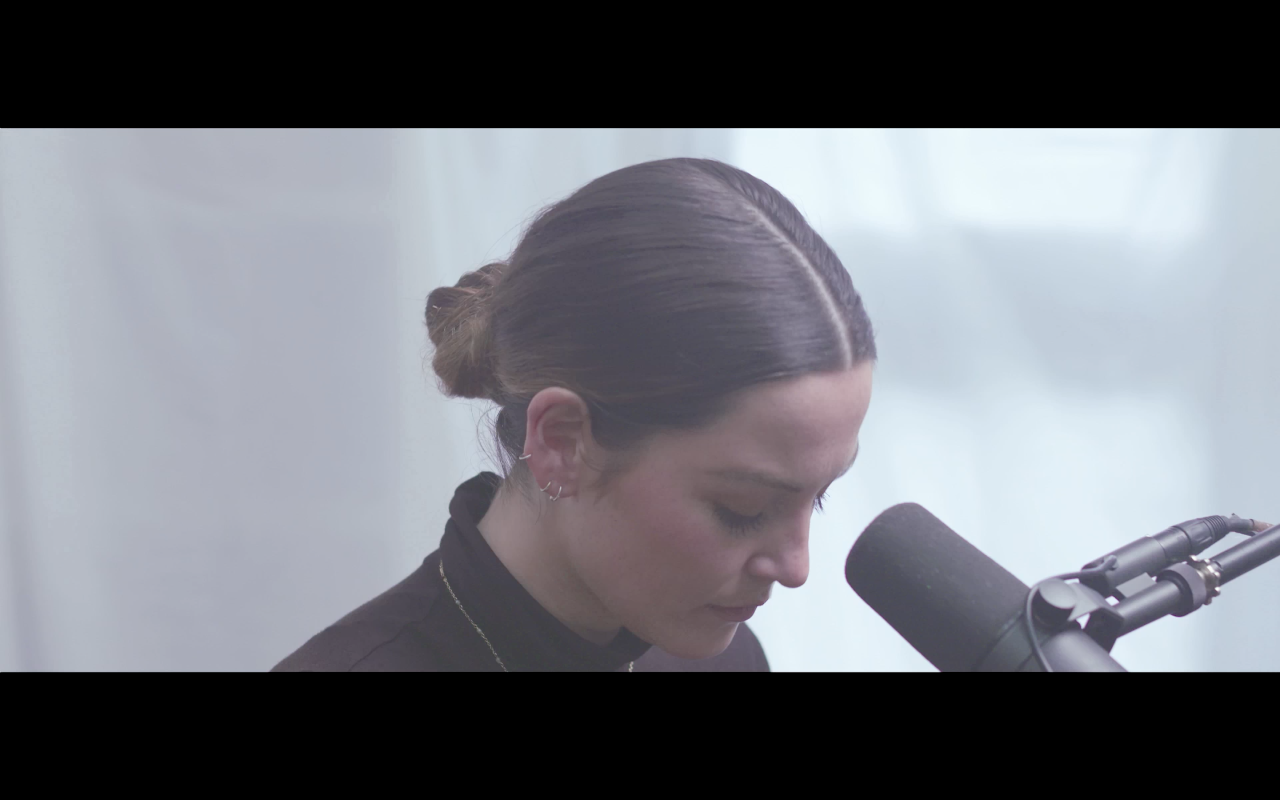 Saint Clair is sharing the live video for recent single ‘I’ll Stay’, directed by her sister, Tamsin Topolski – watch here. The new live clip trails the five-track EP, ‘D2’ – out now via her own Dearly Beloved imprint which takes its logo from a drawing sketched by her grandfather, the artist Feliks Topolski.

“‘I’ll Stay’ is a particularly dark, emotional song that I was keen to reimagine with my live band, especially with the addition of string players,” explains Saint Clair, “I enlisted the help of my sister Tam as director who has an amazing eye and knew exactly how to encapsulate the epic yet intimate nature of the song.” Speaking about the live video, director Tamsin says: “We wanted to expose and highlight the raw emotion at the core of this live version of the song. We wanted the music and the visual movements to build cohesively to a climax, moving out of darkness into hope and finally relief.”

Saint Clair – named after her mother’s Scottish ancestry – is the alias of French-speaking North Londoner Emma Topolski. The first in a family of painters, actors and journalists to pursue music, her professional trajectory began as a gigging jazz singer, as she puts it, “Playing three or four times a week, getting ignored in the corner of a five-star hotel”. A testing stint, it now more than repays itself in Saint Clair’s easy integration of a love for old standards, soul (Stevie Wonder) and classic rock (The Beatles), with her affinity for the electronica-rooted modern soul of the likes of Son Lux and James Blake.

‘D2 follows Saint Clair’s 2017 debut EP ‘D1’, and arrives alongside wilder collaborative projects which have taken her on the road as a backing vocalist for long-time friend Laura Marling (in whose Reversal Of The Muse project she also participated, alongside HAIM, Dolly Parton and Marika Hackman), and seen her sing BVs for Ghostpoet and Dua Lipa. Emma is also bassist and singer for infectious London 4-piece CHILDCARE.

Press Cuttings
‘Spotlight Artist’  Independent
A balance of beautiful melody and suppressed feeling Clash
The patron saint of the British underground Notion
Saint Clair is starting to sound like the next big indie-pop act to come out of England Pigeons & Planes
Brings her slightly jazz-inflected, powerful vocals to combine with pulsating percussion and arpeggiated synths that ramp up the intensity DIY
Full of scintillating grooves and electronica-infused soul sounds, it’s an exciting glimpse into what the upcoming EP will have in store Wonderland
Both sultry and slow-burning Consequence of Sound
Four minutes of yearning, sinuous small-hours soul that showcases her extraordinary voice Sunday Times Culture