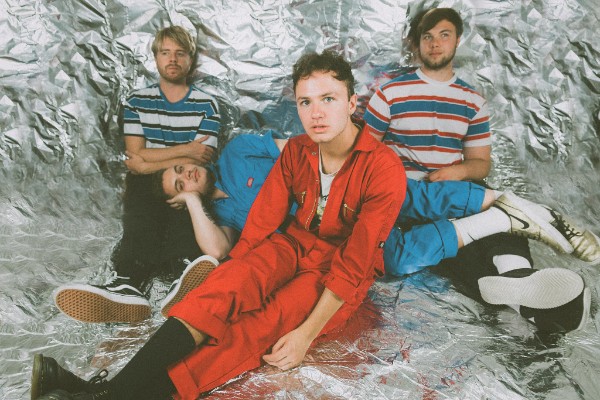 Safe To Swim release addictive new single Friends!
Brighton newcomers Safe To Swim return with addictive new single Friends, out now. The single is packed with a punch from the offset, filled with huge hooks, pulsating drum beats and an undeniably infectious singalong chorus. Frontman Jim Filippides’ colloquial vocal style is instantly reminiscent of the likes of The Magic Gang’s Jack Kaye but with his own unique energy and flare oozing out by the bucketload. Talking about the track, Jim explains, “it was inspired after speaking to a couple of my friends who had tragically lost someone very close to them. Based from what I was told, the song was born.”

After learning his craft as a songwriter, in 2013 Jim moved to the vibrant hub of Brighton in search of likeminded musicians to collaborate with, eventually befriending George Rawlings (guitar), George Ingledew (bass) and Joe Dennis (drums). Since the release of previous singles Struggling and Boyfriend, Safe To Swim have received praise from well-regarded publications including NME.com, Clash, Gigwise, Dork and BBC Introducing. They have also supported the likes of The Night Cafe, Anteros, BLOXX and Paris Youth Foundation to name but a few, as well as performing at prestigious festivals such as at The Great Escape, Truck and Y Not. With Friends, Safe To Swim continue to captivate with their hook-fuelled blend of anthemic indie-rock.