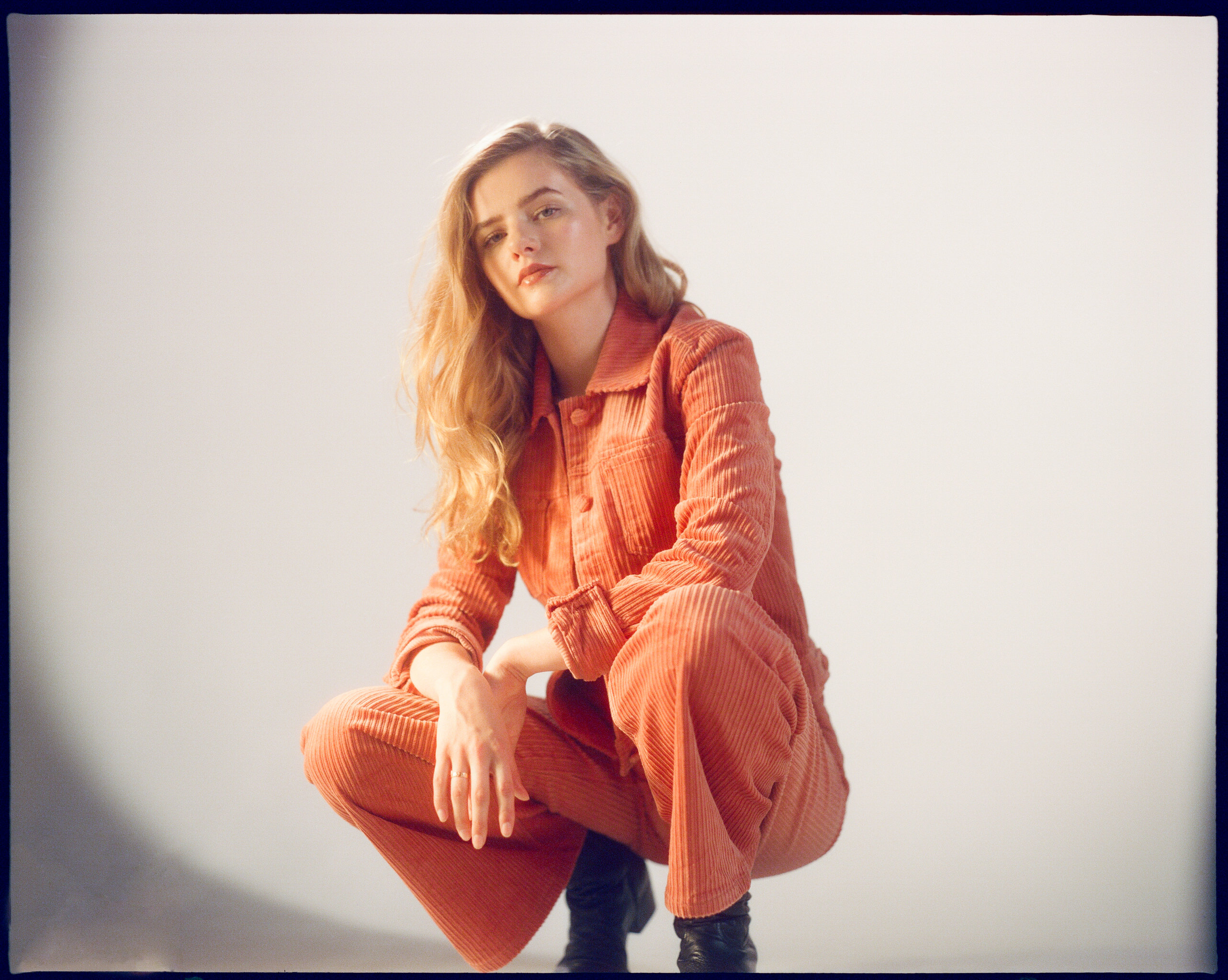 “Simply put, Rosie Carney’s
voice is gorgeous: her sound is crisp and
pure, with a soft ambience of authenticity.”
PASTE

“Quietly powerful, she’s an artist reaching
for meaning and inner resources after
severe trauma…Heavy listening in the
tradition of Joni Mitchell’s ‘Blue’.”
BBC

The song follows the recent release of “Orchid” and “Thousand” (feat. Lisa Hannigan) which have collectively been streamed over 3 million times on Spotify since September. The tracks will appear on Carney’s highly anticipated, deeply personal debut album, Bare, which comes out January 25 via Akira Records.

With her full-length debut still to come, Carney’s music has already been streamed over 18 million times, and she currently has over 1.5 million monthly listeners on Spotify. Of “Zoey” specifically, Carney says, “Every time we pulled the project up I would just call it the ‘Zoey Deschanel’ song. It was a joke at first, only because the song painted scenes of a rainy-day romance in my head. I kept seeing the final scenes of 500 Days of Summer in a loop, and I just remember feeling so melancholy, which is a feeling I quite enjoy. I wanted to make it feel like a warm blanket for people to hide under whilst listening.

The long-awaited Bare is the product of personal struggles Carney endured while navigating a rapid rise in the music industry at a young age. Discovered and signed to Universal Music’s Polydor at the age of 16, she fought to assert herself creatively within a large commercial system—facing pressure to co-write and even change her name—while simultaneously grappling with depression, anxiety and an eating disorder borne from personal trauma. By 18 she was dropped by the label without ever releasing a song, and ultimately left the major label system entirely. Throughout it all, the one constant has been her songwriting, which is both cathartic and empowering.

Carney was born in Hampshire, England and at 10 years old moved to Donegal on the northwest coast of Ireland. Inspired by the rugged and picturesque landscapes of her new home, she began writing music. In 2013 she received widespread attention with a performance on Ireland’s leading live music TV series “Other Voices.” That same year she played London’s Bushstock, the first of many high profile festival billings including Latitude in the U.K., Electric Picnic in Ireland, Seven Layers in Amsterdam and SXSW in Austin. She recently supported Haux on a 28-date tour of 12 countries, including the U.S. and Canada, and is currently on tour in the U.K. and Europe.