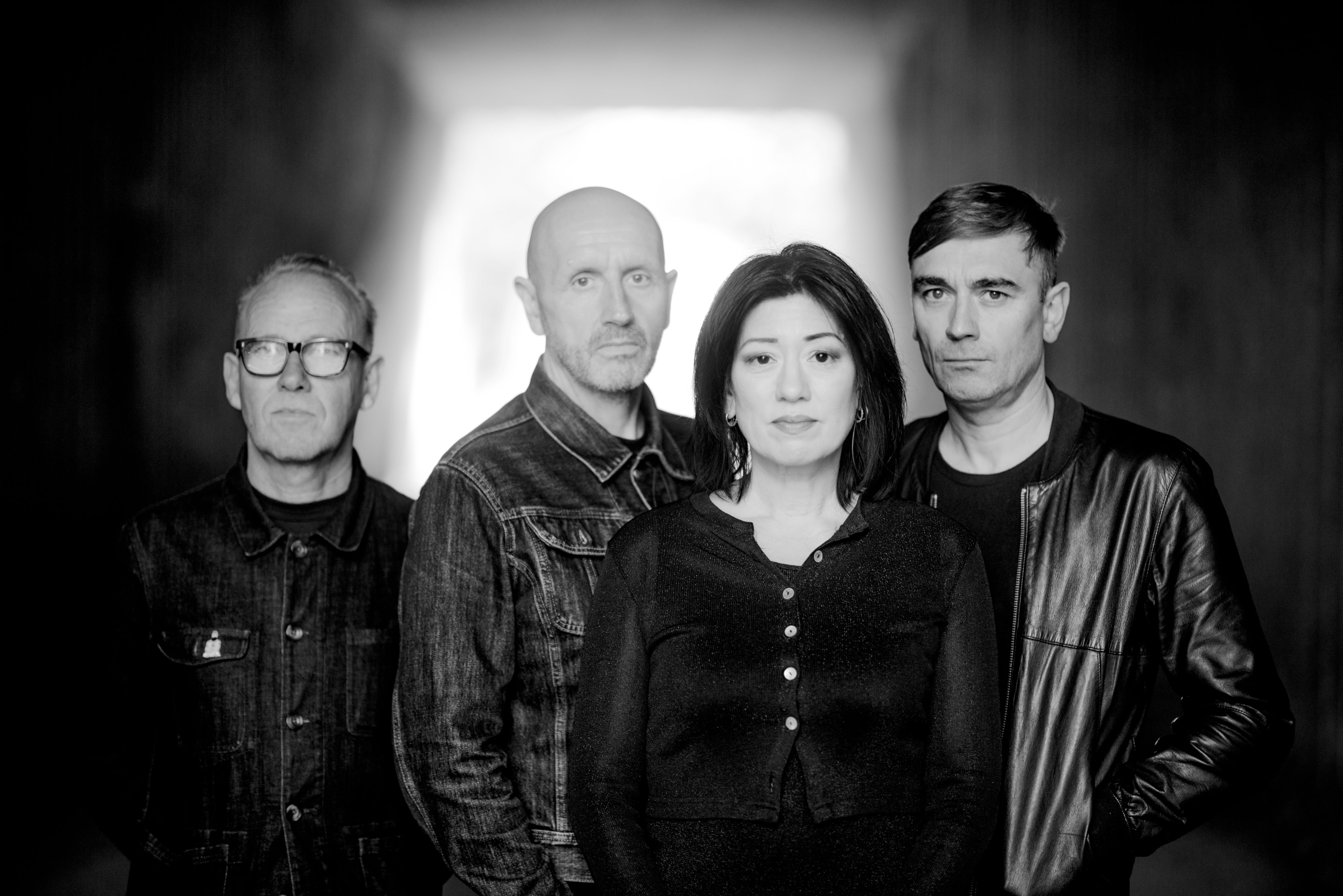 The album is named after the word for a missile, which nails the record’s heavyweight lyrics if not the music’s gorgeous, bittersweet and euphoric pop. Think of Brickbat as a wolf in sheep’s clothing – which suits the name Piroshka, the Hungarian take on the wolf-terrorised fairytale hero Little Red Riding Hood.

The connections between the members are a veritably tangled family tree. Before they lived together and raised a family, Miki and Moose were notable figures on the so-called shoegaze scene, while Elastica were Britpop peers. After post-punk pioneers Modern English split for a second time, Mick became a latterday member of Moose, while Justin joined the reformed Lush in 2015. And when Lush required a bassist for what proved to be their final show (in Manchester) in November 2016, Mick stepped in.

It was the rehearsals for that Manchester show that laid the foundations for Piroshka. “We sounded great!” says Justin. “Like a proper punk band. Mick brings a huge amount of enthusiasm and livens up the room, and I thought, this is the kind of band I want to be in again.” Mick agreed. “I’d seen Lush so many times, it was like playing with old friends. Miki agreed it was good fun too. And with Moose available we thought, let’s all have a bash, see what happens.”

Though Brickbat kicks off with a squeal of feedback, the album is far from a proper punk record, with as much sublime delicacy as physical force, with guitars to the fore but also electronic flourishes in all manner of spaces. Combined, they drive the nuggety melodic bombs long associated with Miki’s songwriting. But it wasn’t a foregone conclusion that she would want to join a new band. In the wake of Lush drummer Chris Acland’s unexpected suicide in 1997, his shocked and grieving bandmates felt unable to continue. Miki, in particular, “had to get completely away from music. The gate just shut for me.”

As a parent with a full-time job, it took Miki until 2015 to agree to reunite Lush, with Chris’ good friend Justin on drums. But it wasn’t to be a permanent arrangement. “After the Manchester show, Justin asked if I’d be up for something else,” Miki recalls. “But I’d never made music outside of Lush, and I’ve never wanted to do anything solo. I need someone else to motivate me, and in this case it was Justin. He sent drum tracks with guitar parts and odd words, so I wrote some vocals and lyrics, which became ‘This Must Be Bedlam’ and ‘Never Enough’. When Mick added bass, it sounded great. When Moose added guitar and keyboards – I’d never written like that before, it was such good fun.”

The blunt, forceful lyrics are many miles from Lush, tapping the current fear and loathing at the heart of society and politics, sometimes viewed through the heightened, anxious prism of parenthood, brutally honest at every turn. Take ‘Village Of The Damned’, the words penned by Moose (alongside ‘Hated By The Powers…’ and ‘Everlastingly Yours’). “It’s about school shootings,” he frowns, “and our reaction to almost being unable to take our eyes off twenty-four-hour news and internet feeds. You’re depressed and appalled by what you see.”

‘Heartbeats’ is Miki’s parent-related lyric, “the idea of closeness with your baby, and then as they grow, you have to let them go off into the world.” And what a world awaits them. Both ‘What’s Next’ and ‘This Must Be Bedlam’ were inspired by the mess of Brexit (“the idea of unity versus disunity” says Miki), ‘Never Enough’ rails against greed and inequality and ‘Hated By The Powers That Be’ was inspired by a button badge that Moose found with the slogan Hated By The Daily Mail. “It feels good to be that kind of person,” he declares. “To know we are not alone in being appalled with what’s going on.”

Bella Union skipper Simon Raymonde had been one of the first to hear the demos; he instantly signed the band, further entangling the Piroshka family tree – his former bandmate Robin Guthrie (of Cocteau Twins) produced Lush’s debut album, while Raymonde’s current bandmate Richie Thomas (in Lost Horizons) is a former member of Moose. Raymonde subsequently introduced Piroshka to Paul Gregory of Bella Union labelmates Lanterns On The Lake who mixed Brickbat (except ‘What’s Next’, mixed by Alan Moulder) and to Fiona Brice (another Bella Union alumni), who wrote Brickbat’s strings arrangements, with Terry Edwards (ex-Higsons, current Blockhead), who played on Lush’s final album, on brass.

Together, from the feedbacking intro to the beautifully fuggy dream that is the album finale ‘She’s Unreal’, Piroshka and Brickbat are a wonderful and unexpected union of proven talent.

Brickbat will be released 15th February via Bella Union. Album artwork and tracklisting below:

Tracklisting:
1. This Must Be Bedlam
2. Village Of The Damned
3. Never Enough
4. Blameless
5. What’s Next
6. Hated By The Powers That Be
7. Run For Your Life
8. Heartbeats
9. Everlastingly Yours
10. She’s Unreal 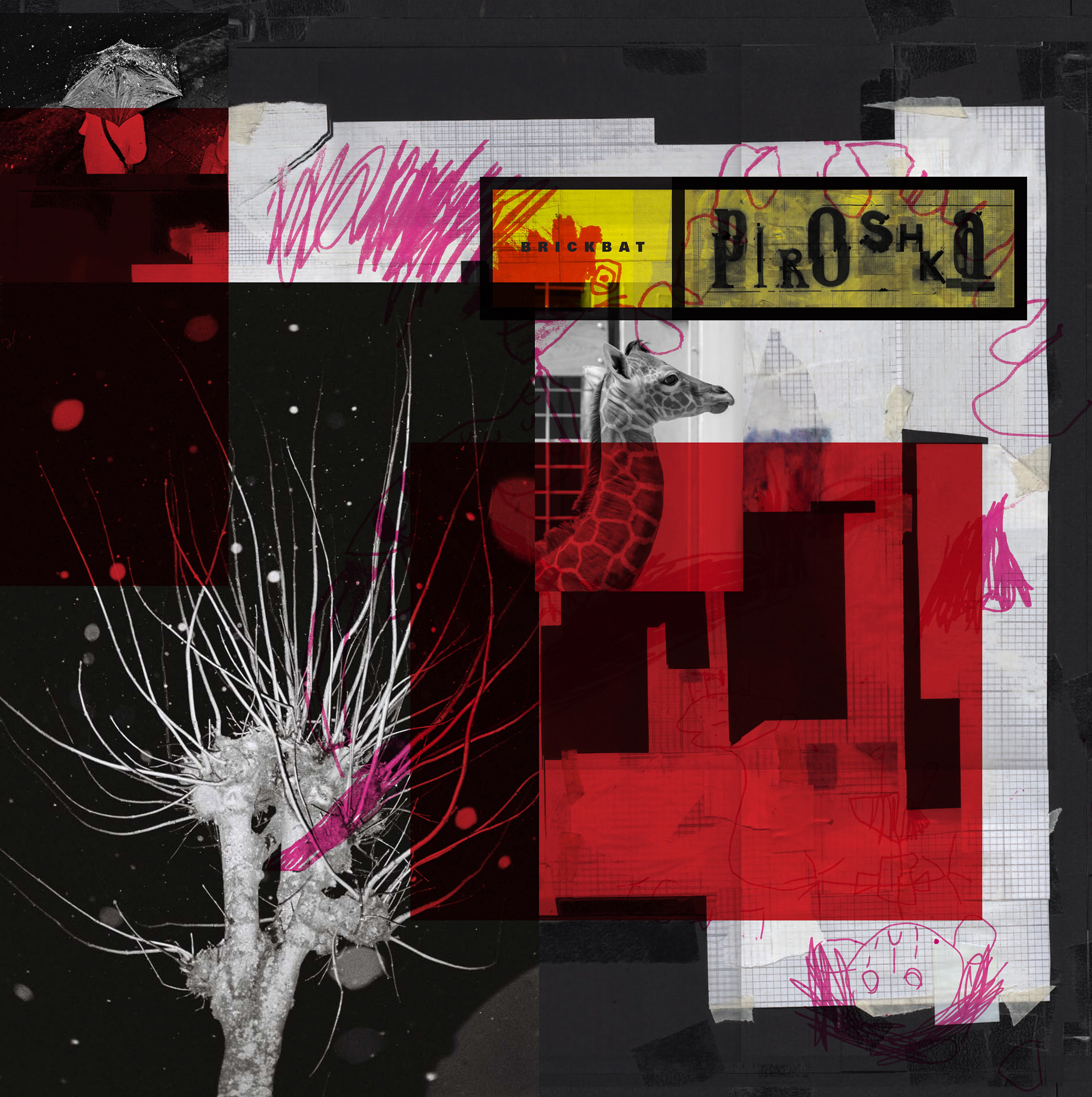