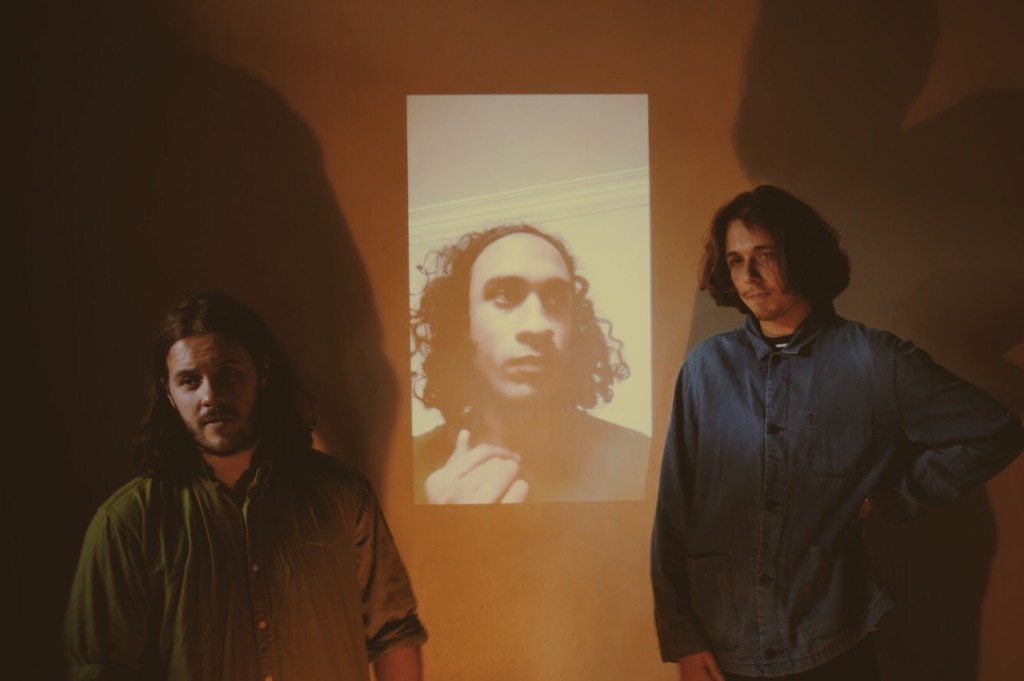 Genre-bending trans-pacific art-pop trio Oya Paya follow recent ode to immigration woes Why?, with the idiosyncratic, spiky new groover Where Is The Line.

Based out of Liverpool but counting four countries of heritage amongst the three members (Singapore, France, Iran, England) Ashwin, Maxime and Saam AKA Oya Paya are products of both the vastness of the material world and the intimate interconnectivity the internet brings.

The geographical distance had led to a frustrating inability for the three-piece to play live together, and keeping press photos up to date relies on posing with projected webcam images, after drummer Ashwin ran into visa issues and couldn’t stay in the UK, returning home to his native Singapore about a year ago.

However the three-piece have made the best of it, both by turning their frustrations into key inspiration for some of their tracks, and by making the most of the brief slots of time they get together to coalesce their artistic visions.

Offering how Where Is The Line came to be, written altogether during a precious rehearsal session the band say:

“The birth of the song came from a time when all 3 of us were running out of steam with our own individual commitments. We were going through a period in our lives that made us question if our generosity was being taken for granted.”

As is often the case with a tight-knit creative group, relentlessly on the same page, they found escapism and solace in bringing their individual thoughts to a collective to express as one – however the trademark humour apparent through sounds, visuals and social media interaction undercuts these feelings of frustration:

“While the lyrical aspect of the song tells a story of being taking advantage of, the composition was crafted with happy and uplifting overtones to mask the sense of irony.  Recorded whilst we were in separate countries, against our wishes, this fuelled the frustration that pushed us into making it.”

This patchwork approach to weaving the songs together bit by bit between the UK and Singapore, or wherever each individual happened to be at any one time, is also echoed in the magpie attitude to genre. Throughout the process they meticulously pick out elements of indie-rock, hip-hop, world music and pop and pull them together in a unique, exotic style. This process is also entirely contained to their bedrooms, the entire project sticking to a DIY ethos, including artwork and visuals.

With a few weeks available for Ashwin to visit the UK on the cards, Oya Paya are hopeful of getting out on stage once again as a three-piece, without the need for fibre-optic cables and WiFi linked projectors.

Where Is The Line is the new single from Oya Paya and it is out on November 9th.