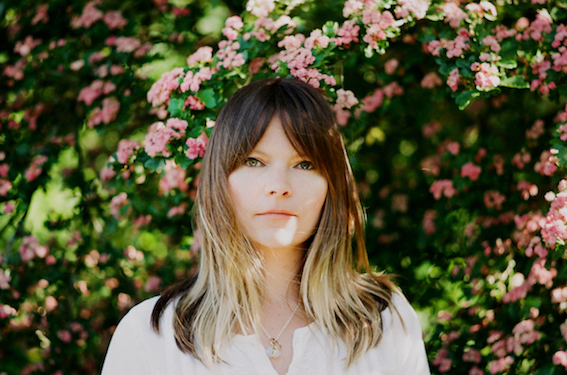 Following excellent reviews for her debut solo album My Name Is Safe in Your Mouth, released earlier this month via Bella Union, Liela Moss has announced a run of regional tour dates in late January and early February as part of Independent Venue Week. Ahead of these dates Moss will play a number of headline shows in mid–December. Upcoming UK live info below:

Wednesday 30th January – LEICESTER – The Musician Pub tickets
Friday 1st February – CHESTER – St Mary’s Creative Space tickets
Saturday 2nd February – HUDDERSFIELD – The Parish tickets
Sunday 3rd February – BIRMINGHAM – Hare & Hounds tickets
Critical acclaim for My Name Is Safe in Your Mouth, out now on Bella Union:
“The Duke Spirit frontwoman swaps alt–rock for lush stateliness, with echoes of Kate Bush and Burt Bacharach, and lyrics to adore.” The Guardian – 4 Stars ****
“Evoking Nick Cave & The Bad Seeds at their most avidly orchestral, Moss delivers a sumptuous set of glorious ballads that emphasise her expressiveness as a vocalist.” Uncut – 8/10
“Sumptuous… Steeped in piano, strings, bass and reverb, it’s intimacy on a grand scale… Moss has dug very deep to make the best record of her life.” MOJO – 4 stars ****
“There’s a lushness to the arrangements that help showcase her strong voice, and an abundance of winning choruses… A solidly impressive album.” Q

“One of rock’s great (if under appreciated) voices.” Rolling Stone Magazine

“An arresting album… Musical drama spills from the speakers.” The Arts Desk – 4 stars ****

Sonically spare yet sumptuous in its emotions, elemental power and expansive melodies, My Name IsSafe in Your Mouth is a richly felt, vividly-realised trip into the interior from the Duke Spirit singer. A serene-to-stormy series of deep dream-pop meditations on devotion and selfhood, creativity and parenthood, it treats unknown territory not as something to fear but as a seed-bed of possibility.

As Liela puts it, “I was in my own modest studio, surrounded by deep rural Somerset, and building the album bit by bit over a year with just my producer and partner Toby Butler – with whom I co-wrote all the music. We worked to our own schedule and across all seasons. Staring out of the window singing, I would watch the changing natural phenomena around me and sing to the forms outside. My window-view outside was like an umbilical cord; I was receiving little messages from the nature beyond and the songs were growing inside the studio, transmitting back.”