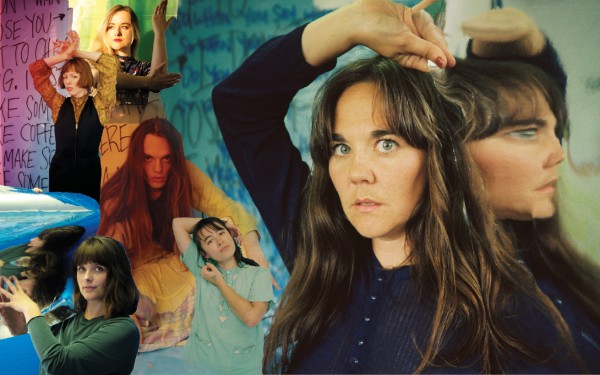 With raucous maelstroms, droning incantations, sweet solos and meditative murmurs, Mystic Business encompasses the macro and the micro, the political and personal, the ancient and modern: from philosophy to Mini Cheddars, ‘who’s God?’ to clickbait, the apocalyptic to the small human drama.

Gang yells, rounds, stamp-claps and hot breaths shift to exhilarating choral arrangements that are complex but compulsively sing-along-able and catchy as hell. These are fortifying mantras to fall back on in uncertain moments: ‘We quit!’, ‘We want our bodies back!’, ‘I don’t want to choose you/I don’t want to choose anything!’, or ‘We are terrified… We are angry… We are hopeful… We are on the internet’.

Featuring a host of voices from the capital’s contemporary music scene, including members of Trash Kit, Deep Throat Choir, Regrouping, Dr Peabody and Bamboo, new single ‘Sandwiches’ is a defiant swipe at the age-old behaviour that suggests women are on call all the time – that they’re here to serve and make things right. Or find something that no one else can be bothered to look for.

Jenny says “This is my mantra for exhaustion, an assertion of my own tempo and rhythm, a reminder that I need to eat too, not just feed and produce.”

The album was recorded straight after, in just three days at Narcissus Studios in north London, a place Jenny knew and loved from when she played there with post-punk band Bas Jan on Jarvis Cocker’s Likely Stories EP (Rough Trade, 2016).

At nearly 7 minutes long, the multi-phased title track sets up the album’s eclecticism and colossal scale of vision. With an impressive array of percussive instruments – xylophone, vibraphone, balafon, piano, timbale drum and all manner of shakers, shells and bells – track titles include ‘Sandwiches’, ‘Tear Things Up’ and ‘We Want Our Bodies Back’, a storming song that ruminates on the body and gender, and casts spells in defiance of simplification.

‘Body’ is a kind of layered, spiritual summoning, sung with the single word ‘body’ and punctuated by a loud appeal for extraterrestrial assistance. The alien connection continues in ‘The Internet’, an invocation to the world wide web that opens with a wish for body augmentation in the form of a tentacle, ‘…or two’. Key track ‘Flashbacks’ resounds with twinkling xylophone and church echoes, torn between the beauty and pleasure of choral music and that music’s hierarchical, patriarchal heritage. Breathy vocals and muted piano combine on final track ‘Come and Go’, a speculative post-apocalyptic meditation and dream of interstellar freedom.

Born in ‘the other’ London – in Ontario, Canada – Jenny Moore grew up in Winnipeg and came to London, UK in 2007 to study art. On her decision to leave Winnipeg, she says: ‘I knew there was something else to know, and I didn’t know how to know it in that place – so I left’.

‘I had to go through art to understand that the landscape of music was so much more vast than I ever imagined’, explains Jenny. She gained a deeper knowledge of music through artists like Meredith Monk, Laurie Anderson, Joan La Barbara and Robert Ashley, and was inspired by feminist poets like Sharon Olds and Lorrie Moore, and David Byrne’s musical use of language, his breakdown of words to rhythmic tools.

In Jenny dwells the thousand-mile gaze of a seer, balanced by a wry, surreal humour, and a celebratory spirit that finds the magic and mystery in the everyday. A mystic understands there are truths beyond what any human can ever know – Jenny Moore makes it her business to revel in the unknowable, laugh with the unfathomable, and ask uncertainty to dance.

None of this can be done alone, and from the get-go Jenny experienced music as something that people do together, whether it was her musician father rehearsing with his band at home, starting high-school punk bands with friends, or singing in church. ‘The act of communal singing has always felt really natural’, she says. ‘I have a difficult relationship with the faith communities that I grew up in, but singing was a really good way to get attention as a teenager, to take up space, to take permission to be loud and funny in a community that insisted on quiet humility, especially for girls.’

Tracklisting:
1. Mystic Business
2. Tear Things Up
3. Sandwiches
4. Body
5. The Internet
6. Flashbacks
7. We Want Our Bodies Back
8. Come and Go 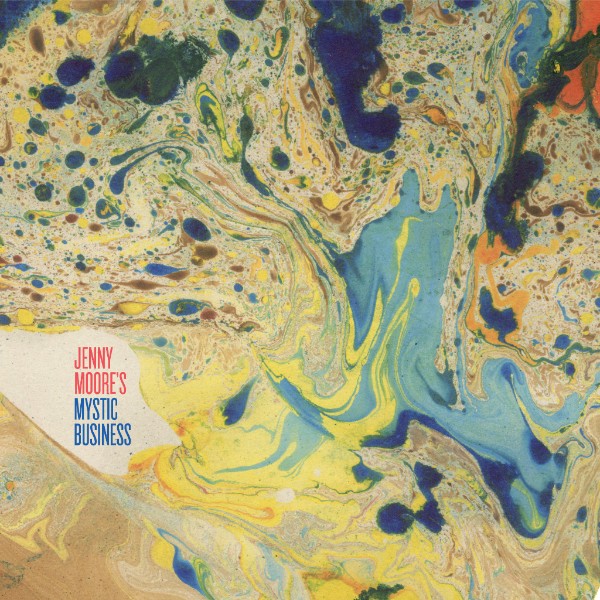