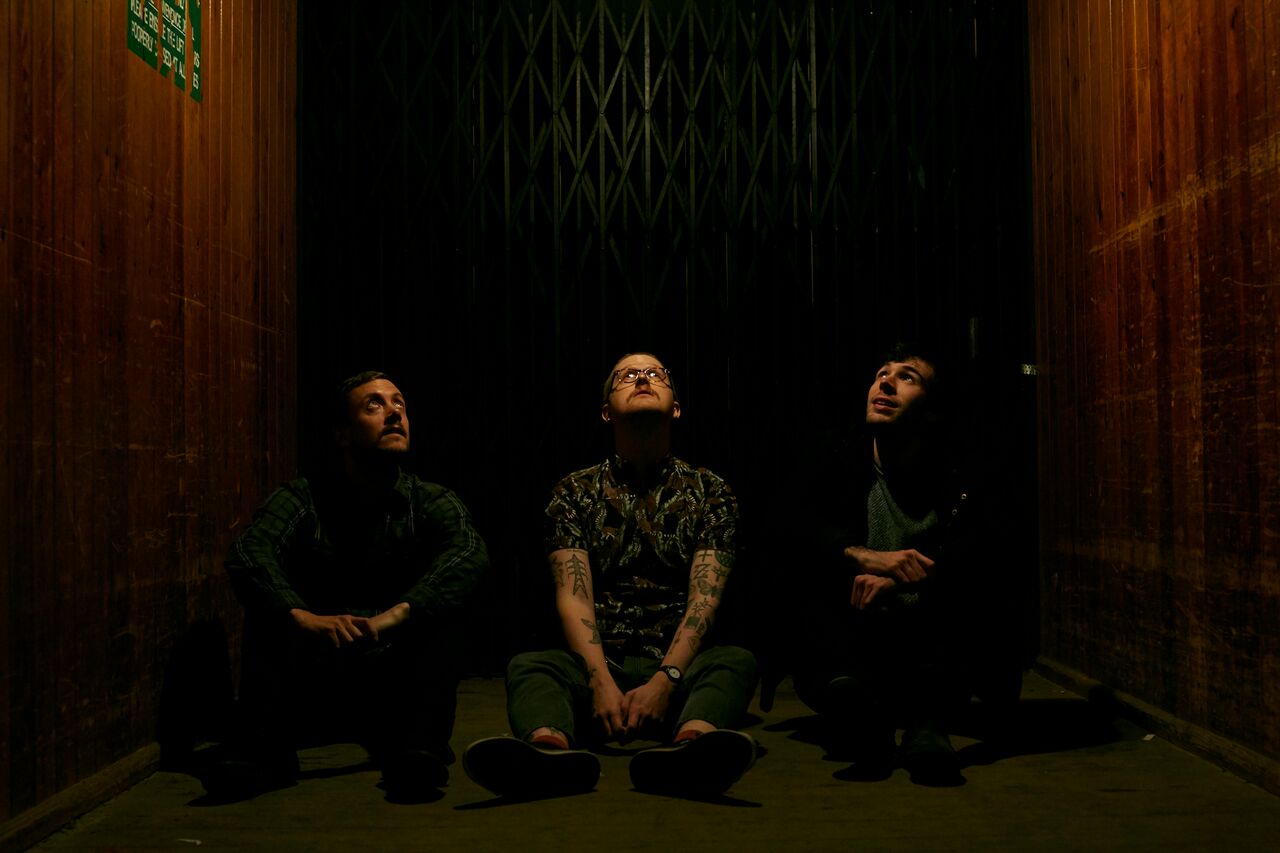 With their debut album “Recipes from the Bible” out on 7th December, Irk have now shared another live session video featuring ‘Cibo per Gattini’, recorded by Technoir Productions in Leeds. Vocalist Jack Gordon comments,

‘This is one of older tracks that we re-worked for the album. It’s a firm fan favourite, and always gets people bopping about the place when we plunge into it live. This session hopefully captures some of that energy that you can only get from a live performance. I am personally especially proud of my masterfully restrained and tasteful use of a maraca. The song itself is about the physicality and frailty of the human body, a person is only as much as the squishy stuff they’re made of.’

Entirely self produced by the band, Irk have birthed a lumbering colossus of a record with “Recipes from the Bible”, caked in the world’s filth and brimming with astringent riffs and withering surrealist lyrics.

They have shared the stage alongside the likes of Pissed Jeans, Liturgy, Dope Body, Whores and Blacklisters, as well as a thundering set at Arctangent Festival 2017 (with Converge, Boris, TTNG) and Wrong Festival 2018 (with Alpha Male Tea Party and Future of the Left)

Pre-order the album now –  https://irkband.bandcamp.com
Irk will launch their album with a show in Leeds on 7th December at Chunk. Expect more dates to be announced soon.