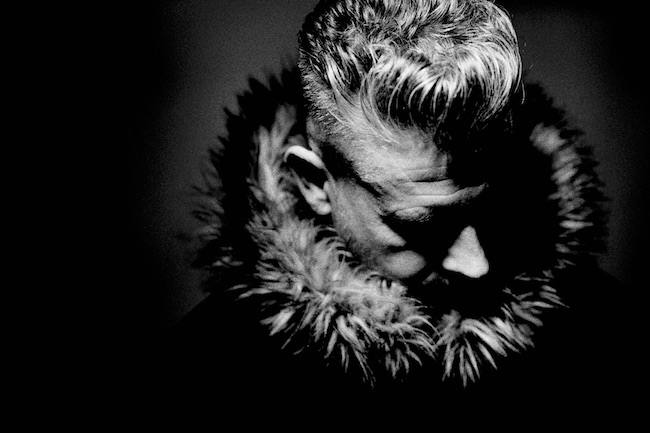 CUTS
DEBUT ALBUM ‘A GRADUAL DECLINE’ OUT ON VILLAGE GREEN RECORDINGS 30TH NOVEMBER
HEAR NEW TRACK ‘TIME IS NOT YOUR FRIEND’ ON SPOTIFY AND SOUNDCLOUD
“Fed-back electronics underscored by the sinister-feeling creep of industrial percussive mechanisms” The Quietus
“The powerful build of Mogwai to the My Bloody Valentine-esque use of distortion and distant vocals” The 405
CUTS, the audio-visual project of composer and filmmaker Anthony Tombling Jr, will release his debut album ‘A Gradual Decline’ through Village Green Recordings on 30th November. Available on vinyl, CD and digitally.
Following the release of first single ‘A Gradual Decline’, which was accompanied by a beautiful, yet foreboding, self-directed environmentally themed video, CUTS has now shared new track ‘Time is Not Your Friend’. He explains: “The drum sounds on this track were taken from field recordings I did out in Iceland. I managed to capture the sound of ice cracking from the stress of water and in the distance, ice calving from its glacier. The first half of this track has a darkness to it but then it opens up into something more hopeful. That kind of feels like where we are in terms of climate and its predicted breakdown. It’s not a totally hopeless situation but it looks like it will take everyone pulling in the same direction to halt it. Time is not our friend in that respect.”

“We are living in the age of the Anthropocene and it feels like everything is in decline,” reflects Anthony. ”We’re in a moment where extinction is regular. I wanted this record to reflect these frailties.”

A stark sense of urgency permeates ‘A Gradual Decline’. At times chaotic and alarming, the album’s siren-like tones and volatile, stuttered beats converge with synthetic gales of melody and glacial percussion. Elsewhere, the sense of precariousness is subtler, enveloped in gaseous chords that swell and evaporate, ethereal and dense guitars and distant vocals – all hallmarks of previous CUTS material – here honed into a concise, conceptual set.

“I have tried to make a record that feels like it’s all come from one place,” explains Tombling Jr. “My only musical influence on this was William Basinski’s ‘Disintegration Loops’. Not the music, but the process. The idea of a decline in sound really suited the concept of this record. All this music and instrumentation trapped in this declining digital signal. I wanted it to sound brittle and precarious. I also wanted to avoid doing overly dark material, opting instead for something that was more fragile, melancholic and even hopeful in moments.“