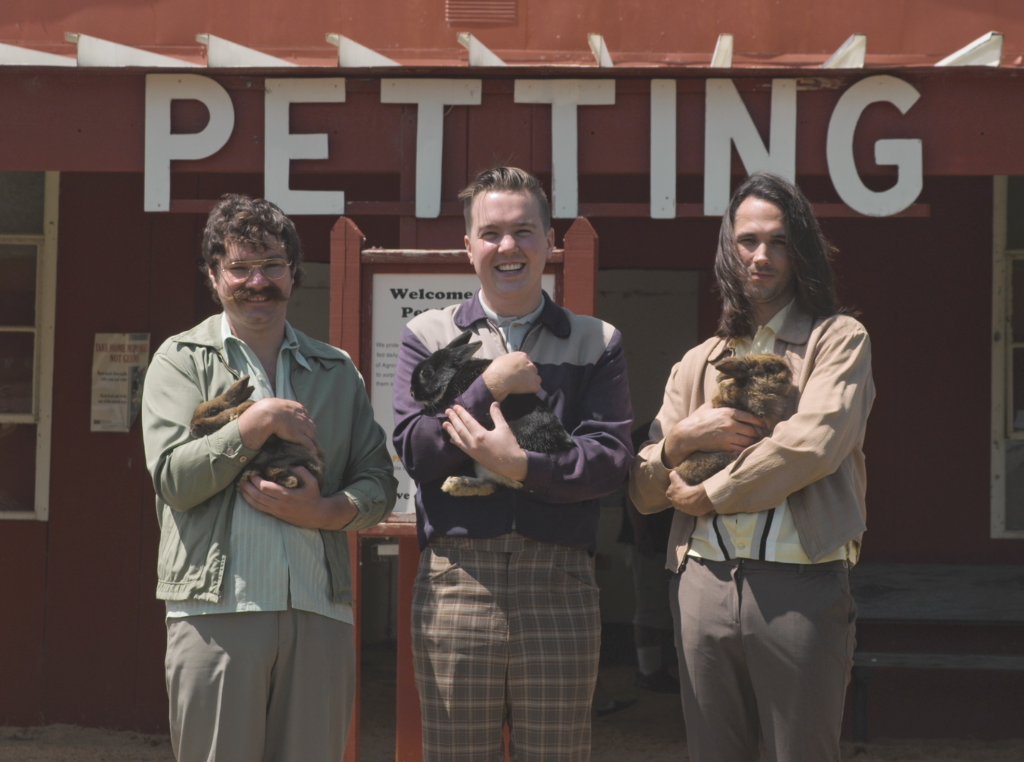 Minnesota’s Tiny Moving Parts have outdone themselves again with their latest video for the song “Feel Alive” off their newest full-length, this year’s Swell. To shoot it the trio rented out Paul Bunyanland – an actual amusement park in Minnesota which features a giant talking statue of Paul Bunyan!

Swell was released on Triple Crown Records in January and has garnered 5.8M streams in the months since. Following the album’s release, the band sold out nearly every show on their first US headlining tour and have proceeded to tour the world this year, playing shows in Australia, SE Asia, UK, Europe, Mexico and Canada. Swell debuted at #1 new artists, #53 top current, #6 vinyl album, and #1 Alternative on the Billboard charts upon its release. The record received critical acclaim from Stereogum (Best Albums of 2018 So Far), BrooklynVegan, Alternative Press and more.

Tiny Moving Parts are currently on a US tour with the Menzingers and Daddy Issues (all tour dates below).