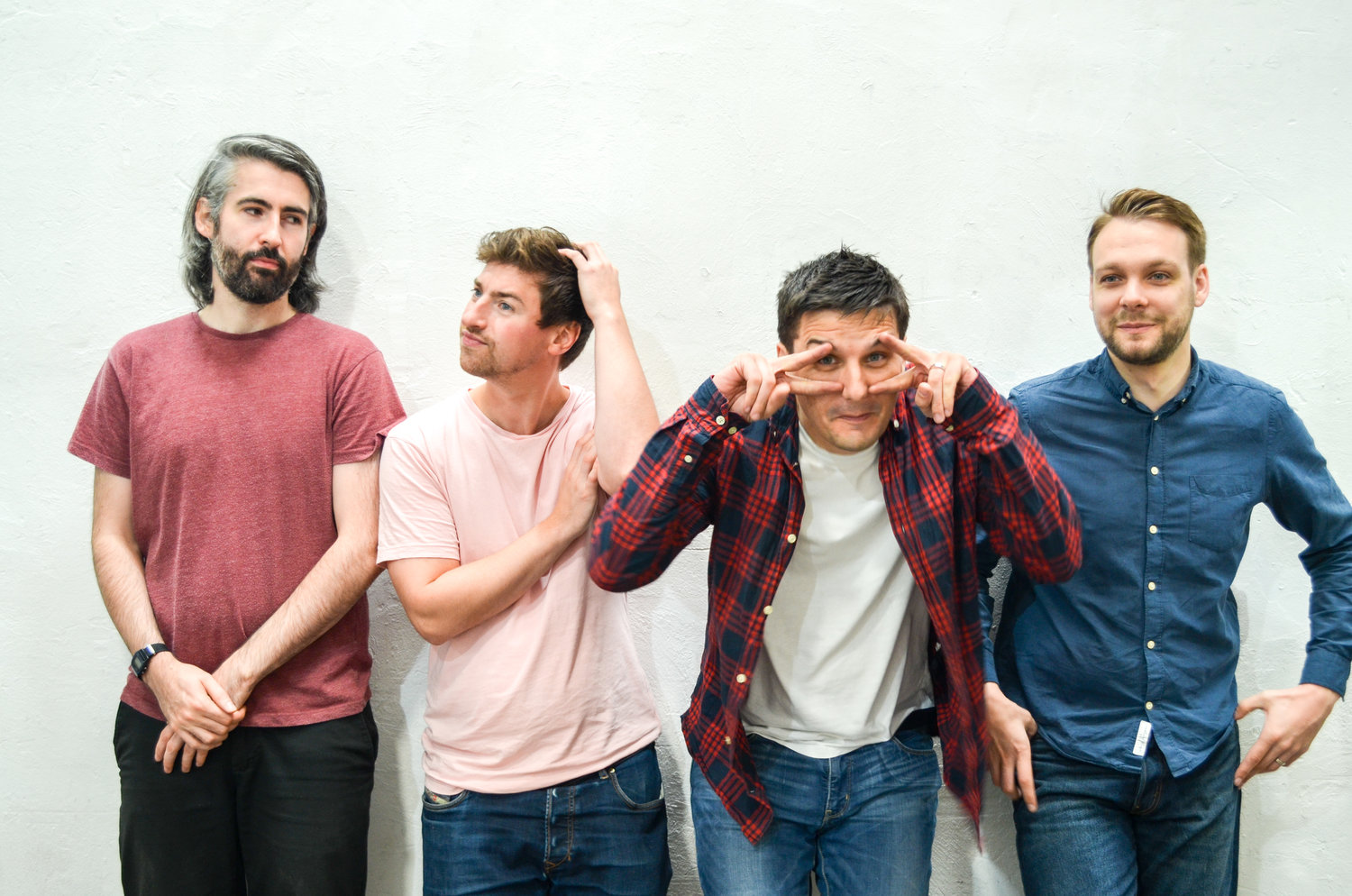 Indie-electro four-piece, Static Future, are delighted to announce the release of forthcoming album Oh Master!, due for release on 16th November 2018 via SF Recordings.

Combining elements of the post-punk inspired attitude of Talking Heads and neatly merging this with the hypnotic sounds of post-disco era acts, Static Future have created a layered sound straddling the line between throwback and contemporary.

Opening with the funky ‘I Can Hear The Message’, Oh Master! sets out its stall from the opening note as Static Future showcase their ability to write on point indie dance floor fillers. ‘Same Every Day’ illustrates the band’s nuanced songwriting as Gavin Marshall’s layered vocals capture the listeners ears, while forthcoming single Big Decisions capture Static Future at their very best; a memorable cut that has a rhythmic yet lo-fi approach the which of likes The Dismemberment Plan would be proud of.

Static Future formed in Glasgow in 2011 when former school friends Gavin Marshall (vocals, keys, percussion), Scott Mackie (guitar) and Mark Scrymgeour (guitar, bass) began recording demos and rehearing together. The line-up was complete when Harry Palane (drums, keys), a friend of Mark’s at university later joined, and the rest, as they say, is history. The band have gained a reputation for their live shows, having performed at King Tut’s New Year Revolution and BBC Introducing at King Tut’s, a reputation that has seen them pick up support from the likes of Simon Raymonde and Jim Gellatly on Amazing Radio and The Scotsman.

Oh Master! by Static Future is due for release on 16th November 2018 via SF Recordings.