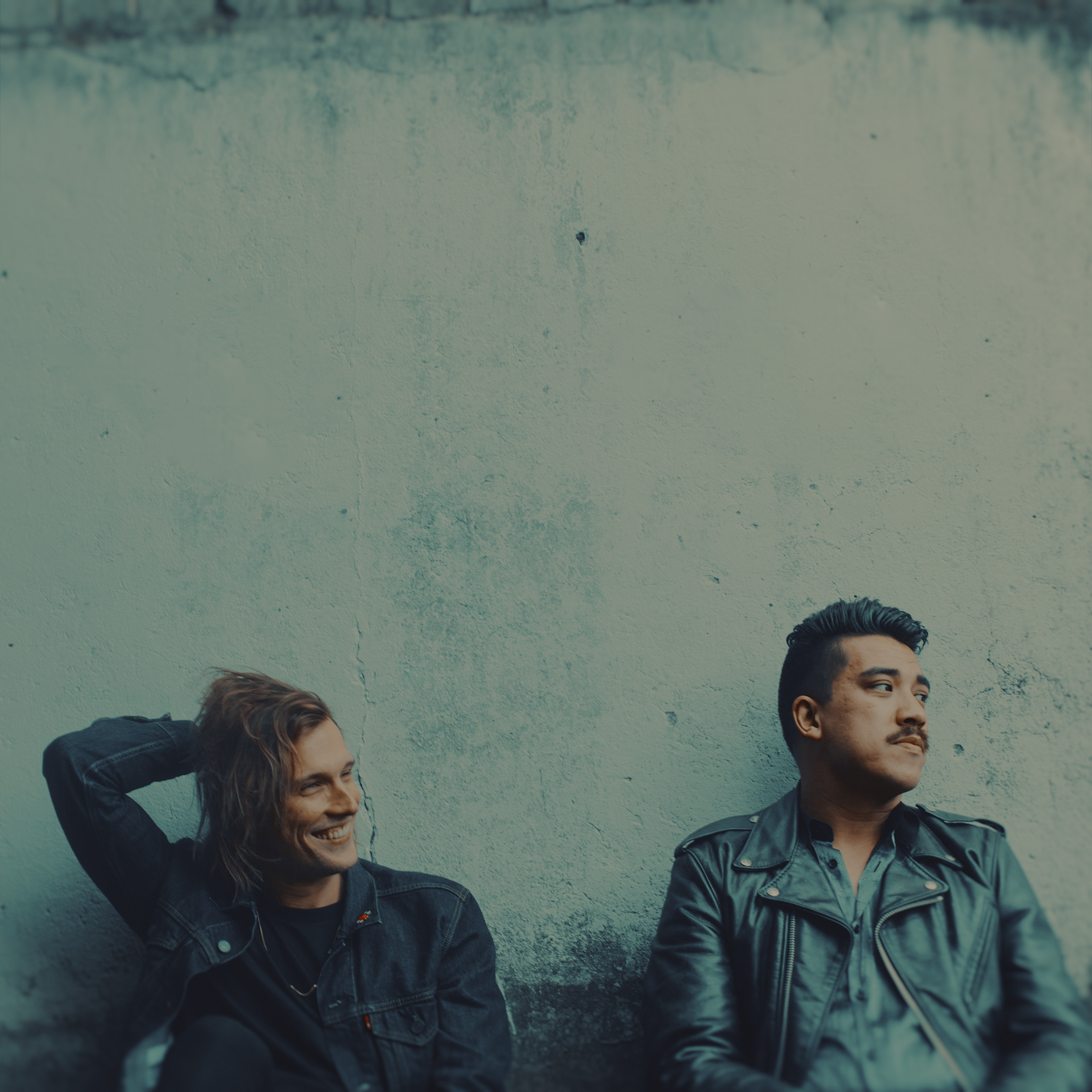 Polish Club up the power bill in retina-frying video for new single, Clarity. The future is shiny AF in Polish Club’s new video. CLARITY is a megawatt explosion of electricity captured by filmmaker Yoav Lester on a vast Melbourne sound stage in September. The massive new song’s theme of mental overload is reflected in a dazzling barrage of synchronised floodlights and the typically intense collision of one drum kit, one Fender stack and two men in black.

“A performance piece for a song titled Clarity kind of threw my mind immediately into fog, light, and space,” the director says. “Novak and John-Henry were legends. Performing like rock stars for seven hours straight, mostly at double speed.”

“Conceptually the idea was to play around with smoke and focus,” says drummer John-Henry, “but making a music vid is such a weird process it ended up being more about the lighting rig, which turned out to be pretty cool. To be honest, I’m not really a performance video clip kinda guy…unless it’s that Audioslave one with the fireworks. But Yoav made us look cool, which is a fucking hard thing to do.”

Clarity is an electrifying first taste of the Sydney rock soul-duo’s second album, due early 2019: a future so bright you better wear blast goggles. Currently under construction at The Grove Studios near Gosford. From glam-slamming guitar riffs to one of the most insane drum fills of all time, it’s a soul-funk party starter with a dark undertow that won’t, ever, leave you alone.

“It’s still basically just me on drums and Novak on guitar and vocals,” drummer John-Henry says, “but we’ve found ourselves writing music with more layers, more parts. We’re spending a lot more time thinking about songs and about recording. It’s definitely a different process to the last album.”
Lyrically, Clarity is a plea from the churning vortex of modern existence that heralds a slightly more serious phase in the songwriters’ headspace.

“It’s a mental scene rather than a specific one,” says fuel-injected singer/ guitarist Novak. “It’s about the struggle of communication; not being able or eloquent or ballsy enough to say what you’re thinking; being at the end of your tether with confusion, wanting to be clear with yourself and others.”

The new project has forsaken the inner-city grind to spread out both creatively and physically in the Grove Studios, originally built by INXS bassist Gary Garry Beers in the verdant countryside north of Sydney,

For now, best hold onto something. There’s a whole new beast coming.

CLARITY IS OUT OCTOBER 5