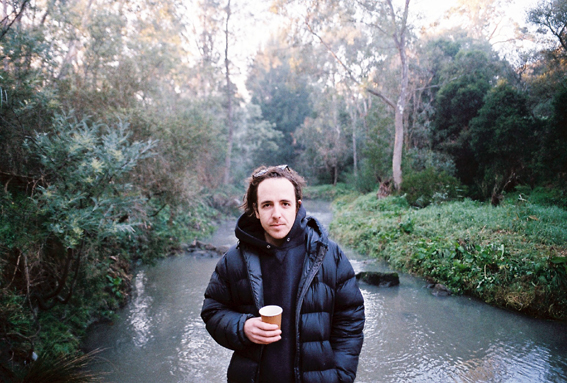 Martin Frawley of Twerps
signs with Merge,
shares video for new song
“You Want Me?”

The vibes are strong at Merge headquarters, as today they announce the signing of Martin Frawley. Known to many as a principal member of Melbourne’s beloved-but-now-defunct indie pop band, Twerps, Frawley recently struck out on his own to record an album with Stewart Bronaugh (Angel Olsen, Lionlimb), and the results are just as melodic and touching as his former band’s material, if not more so.

With this announcement comes “You Want Me?”, a song Frawley appropriately describes as “the prequel to the record, explaining why I am where I am, writing what I am.” Listen to and watch the accompanying music video, directed by Frawley and Bronaugh, which premiered on Paste.  Paste described the song as “a plainly spoken ode to a relationship lost (Frawley started Twerps with Jules McFarlane in 2008) and their creative partnership was the wellspring from which the band sprouted. The track acts as both an annulment and memorial of that partnership.”

When asked if he had anything to add to today’s exciting news, Frawley concurred succinctly: “It’s a BIG VIBE.”

While you await Frawley’s full-length debut, revisit Twerps’ critically lauded Range Anxiety and their “Back to You” 7-inch, both of which are 20% off for a limited time in the Merge store.