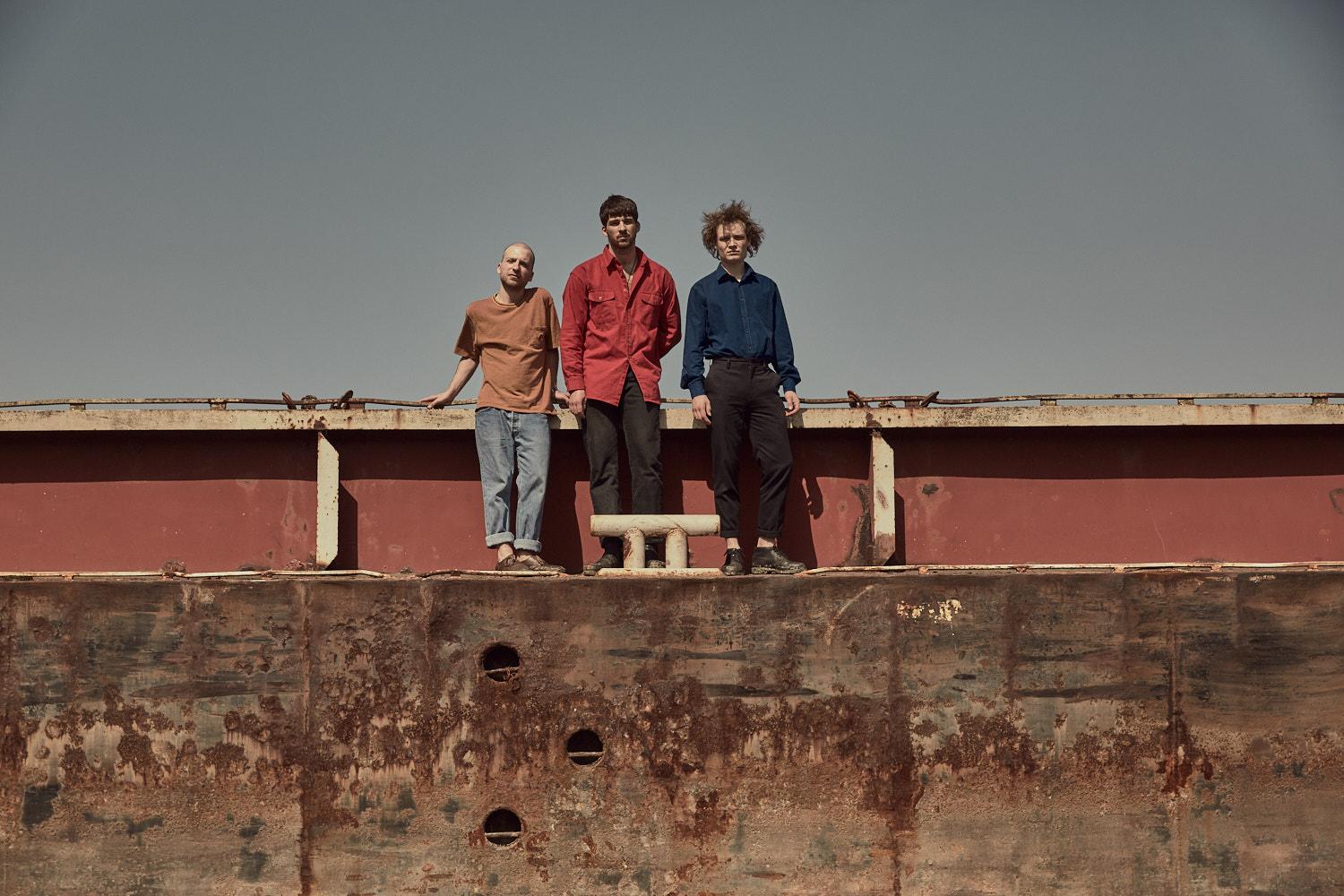 London progressive alternative trio MOHIT are pleased to announce the release of their debut 7” single ‘Racek/Discover Another’ set for release on 30th November 2018 on a heavyweight black vinyl pressing limited to 250 copies.The band have also just announced a run of UK tour dates supporting Ought in November, with a run of headline shows also coming up over the next few months.
To celebrate the news MOHIT are sharing a stunning animated video for lead single ‘Racek’ today, the first to be revealed from their recently-recorded debut album that saw the band working with producer Marta Salogni (Björk, M.I.A, Liars).
Commenting on the single, guitarist Toby Baxter said: “Racek encompasses the myth of the Siren, the death ritual of the seagull, and falling overboard into a storm-tossed ocean. The pulse of the waves, beating drums, and swelling harmonies all come to a head in this song.”
Other than visits to faded old pubs, you might find yourself drowning in free time growing up in the sleepy seaside resort of Bognor Regis. If you’re lucky, you might end up writing music as an escape. That’s what Toby Baxter and Danny Brooks did. Before moving to London with mutual friend Jack Daley—who now makes up the remainder of the trio on bass—they were to meet a mystical man named MOHIT, who forever changed the course of the band.
The band’s music sways between expansive, elevated instrumental movements with intensity and drama, back to broad droning segments. The attention to dynamics is clear from the get go on lead single ‘Racek’, which swells out to sea on a full sail, returning to the calm after a stormy voyage.
Taking influence from the likes of My Bloody Valentine, King Crimson, Nick Drake, King Gizzard and The Lizard Wizard, and many more, their explorative and conceptual sound bleeds across many styles, all the while retaining a distinct identity. Notable support slots with the likes of The Murlocs, Omni, Nothing, Yonatan Gat, Vaadat Charigim, and The Parrots, have given them plenty of opportunity to finetune their sound.
Elements of the unexpected preclude more classic structural motifs, and it’s the juxtapositions of these polar opposite approaches intermingling which gives birth to a haunted sound that is both inwardly personal and intimate, and outwardly challenging.
Much of their material stems from improvised sessions together, allowing a collective subconscious to guide the writing process, meaning that MOHIT’s music can be almost mystical at times—leading the mind astray through strange new frontiers, and shedding light on the darkness within.
‘Racek/Discover’ another is released 30th November 2018
See MOHIT live:
28.10.18 – Worthing – Bar 4231.10.18 – Pirate Studios Live Session08.11.18 – London – Servant Jazz Quarters (w/ Two Tribes, single release show)
20.11.18 – Brighton – The Haunt (w/ Ought)
21.11.18 – Southampton – Heartbreakers (w/ Ought)22.11.18 – Manchester – Gorilla (w/ Ought)
23.11.18 – Oxford – The Bullingdon Arms (w/ Ought)
25.11.18 – Bristol – Venue TBC29.11.18 – London – Stag’s Head, Hoxton (Single release party)
https://www.facebook.com/mohitmusique
https://twitter.com/MOHITmusique