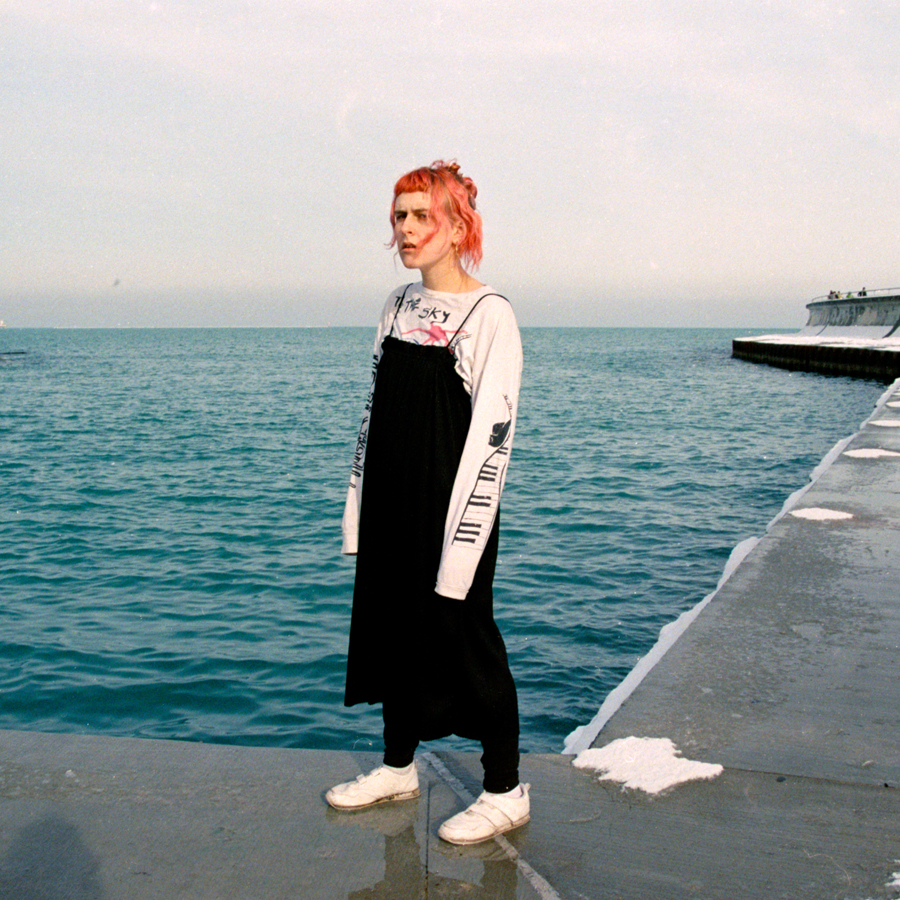 “West’s music is all about light and shade, nuance and restraint… A real find.” – Breaking Act, The Sunday Times Culture
“If you’re the kind of utter pervert who regards Katy Perry and Leonard Cohen in equal esteem then the moody bedroom sparkle of Dove will most certainly appeal. Hell, if you’re pretty normal you’ll probably dig it, too.” – The Guardian
“The Lamb is a beautiful, compelling and life-affirming record about being young and confused and it’s Lillie West’ best work yet as Lala Lala” – ***** The Skinny
“West masters the delicate task of balancing self-improvement with brutal honesty.” – Pitchfork
“Lala Lala rules… the Chicago indie rock band makes music to get devilishly messy to.” – The FADER

Following the release of new album ‘The Lamb’ on Friday via Hardly Art, Lala Lala — the Chicago-based project of Lillie West — has announced European tour dates for early 2019 along with a new video.

The video for “Scary Movie” is made up of recently discovered footage, originally filmed on 16mm by West’s parents before she was born. West re-edited it for the new song, explaining: “‘Scary Movie’ is primarily about perception and the often blurred line between reality and non-reality. For the video I wanted to use this 16mm footage my parents took of each other before I was born because although I didn’t exist yet, their experience is in some way a part of me, so watching it is both familiar and disorienting. This is where I came from, but if I view it as memory, I am technically wrong. It feels real and fake at the same time, which is how every day feels sometimes, and is what the song is about.”

Following US dates with Mothers, WHY? and LVL UP, Lala Lala’s debut European tour will take place early next year. Dates are:

“The Lamb was written during a time of intense paranoia after a home invasion, deaths of loved ones and general violence around me and my friends,” says West. “I started to frequently and vividly imagine the end of the world, often becoming too frightened to leave my house. This led me to spend a lot of time examining my relationships and the choices I’d made, often wondering if they were correct and/or kind.”

Performed by West with Emily Kempf on bass/backup vocals and Ben Leach on drums, the musical arrangements of the album — blending post punk with dream pop influences that incorporate vibrant synths, a drum machine, and even saxophone — find a balance between light and dark, reinforcing these dynamic and intimate songs that will surely resonate.