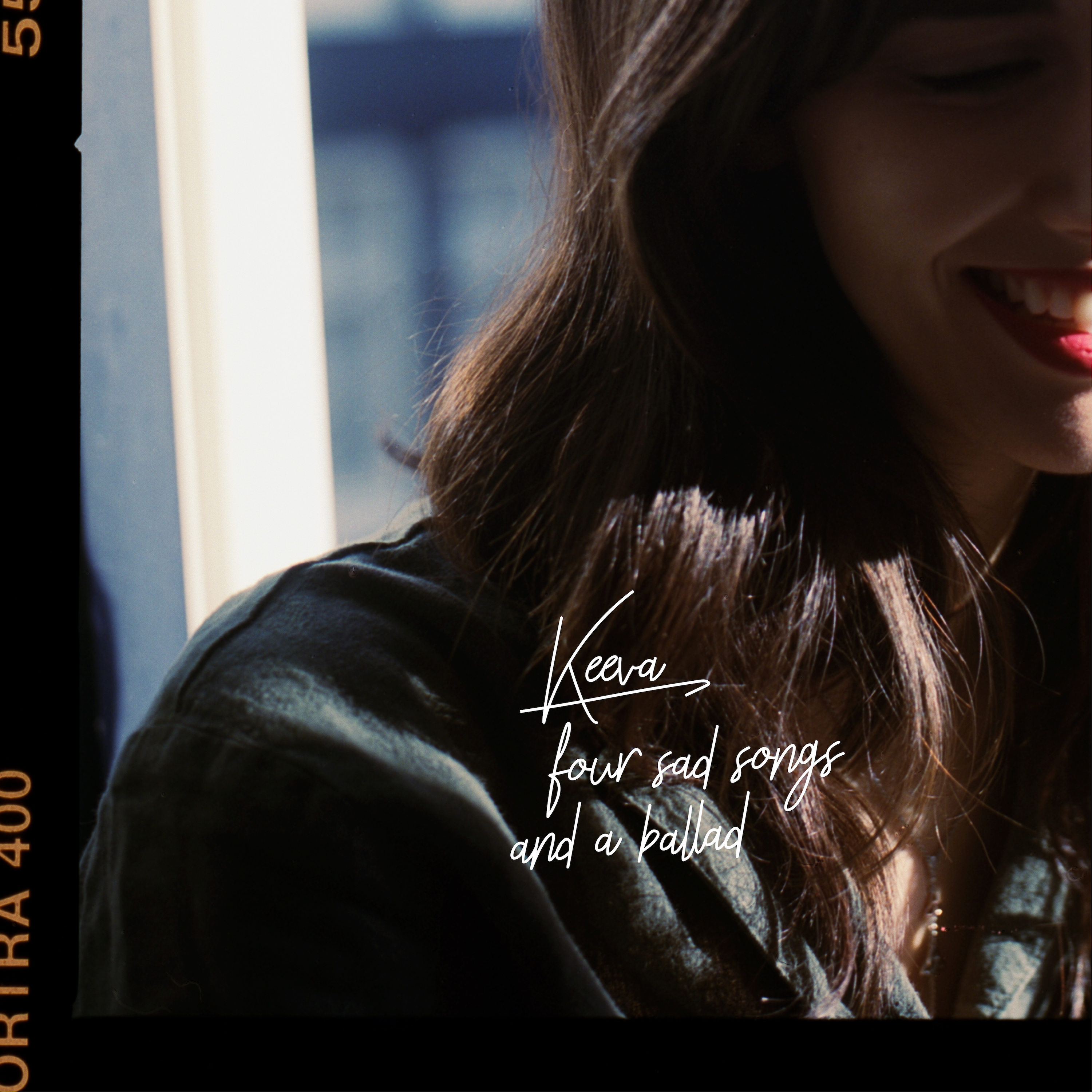 Keeva today releases the new video for ‘The Kindest Thing’, the lead single from her debut EP ‘Four Sad Songs and a Ballad’ (out now), which was produced in Ireland by Tommy McLaughlin (Villagers, SOAK). The full EP is now available here, with the video for ‘The Kindest Thing’ – directed by Jackson Ducasse (Isaac Gracie, RAYE) – streaming here: https://youtu.be/Q9tEJ62hX2w

The new video intersects with the period of isolation and emotional turbulence which drove Keeva to write ‘Four Sad Songs and a Ballad’. Finding herself calling time on a relationship dominated by an ex’s infidelities, Keeva packed-up her belongings and left the house they shared in Brighton, relocating back to her adopted hometown of London. There, making a fresh start, she spent her days working for a music publishing company, and her evenings serving in a bar.

Ducasse’s new clip for ‘The Kindest Thing’ is comprised of a series of slow-shifting tableaux – capturing Keeva sat alone amongst the residue of an empty home – which tap the vulnerability at the heart of the track’s open letter to that same ex. Speaking about the video, Ducasse says; “We wanted to create a surreal atmosphere that represents the mental processes we go through when we are being lied too. We loved the work of David Lynch, Alex Prager and Guy Bourdin and wanted to channel that to create something felt glamorous, weirdly superficial and dreamy.”

Drawing on a long-standing love both for her mother’s collection of Motown records and the classic output of Sun Studios & RCA Studio B, alongside the down-and-out storytelling facility of greats like Patsy Cline and Willie Nelson, Keeva wrote the brutally honest and uncompromising tracks that would become ‘Four Sad Songs and a Ballad’ in the small-hours after her night-shifts.

A chance encounter with Villagers’ drummer James Byrne at 2018’s The Great Escape Festival lead to a connection between Keeva and McLaughlin. “I had written these songs and was on the hunt for the right producer to work with – someone who could take an intuitive and thoughtful approach to bringing these songs to life on record.  James suggested Tommy to me, and he was absolutely the right creative match for me and the songs.”

The EP’s bruised source material is tempered with a keen sense of humour and sass – Keeva self-effacingly shrugs off the writing of ‘The Kindest Thing’ in a single voice memo whilst lying on her bathroom floor as “The single most stereotypically heartbroken thing I’ve ever said!” Enabled by an easy working relationship with McLaughlin, Keeva actually came to write confessional, piano-led EP opener ‘Pieces’ whilst at the tail end of her studio time at Attica. “We had finished recording the other 4 tracks and had a free day,” she recalls; “That morning I was dwelling on a particularly challenging moment from my past and felt this searing bolt of emotion. I thought ‘Ok, take it to the piano’”.

Emerging with ‘Whiskey’ in late 2017, Keeva’s sound is borne out in the truly timeless quality of ‘Four Sad Songs and a Ballad’. Inspired by several generations of poets, playwrights and musicians in her own family – Keeva’s debut EP is vulnerable, assured, warm and unashamedly honest.