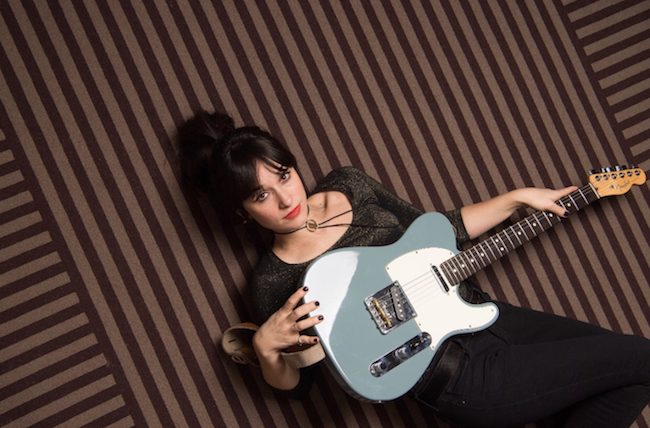 JUANITA STEIN
UK TOUR ANNOUNCED
The New Album, ‘Until The Lights Fade‘ out now
“While there’s a link with the dark cool of her previous band, this is a leaner and grittier offering, more direct and dynamic.” **** MOJO
“More sure-footed than last year’s debut, Stein is invigorated on the likes of “Forgiver” (co-written with Brandon Flowers), which adds epic gloss to her customary bar-room riffs, alongside Mazz Star-esque narcotic psych on “All The Way” and vintage country balladry on “In Your Hands”… There’s spirit to spare on the invigorating “Easy Street” and the lusty, bluesy “Fast Lane.”  7/10 UNCUT
“Pop-noir and its most sepulchral and seductive… This is songwriting if sharp wit, sonic infectiousness and immediacy” The Sunday Times
“Endlessly seductive and lush” The Line of Best Fit
“A blistering return” Clash
Juanita Stein has announced a full UK tour for this November / December. The Howling Bells frontwoman turned solo artist, who has just released her brilliant new album, Until The Lights Fade, via Nude Records, follows a summer of festivals including Latitude and Green Man, with a busy touring schedule from now into December.
Currently on a nine date U.S tour, Juanita Stein will support Villagers on dates in France and The Netherlands next month before returning to the UK for a headline run that includes a show at London’s Courtyard Theatre on 23rd November. Dates run as follows:

Juanita Stein’s second solo album arrives less than a year after her first, ‘America’, saw her exploring the iconography and cultural landscapes of a country that had always fascinated her from afar. Yet, while ’Until The Lights Fade’ is cut from the same musical cloth as its predecessor – the crepuscular twang of bar-room guitars, the keening romanticism of its melodies, the sparseness and simplicity of its arrangements – the album’s ten songs are concerned with thoughts, feelings, stories and characters rooted far closer to home.