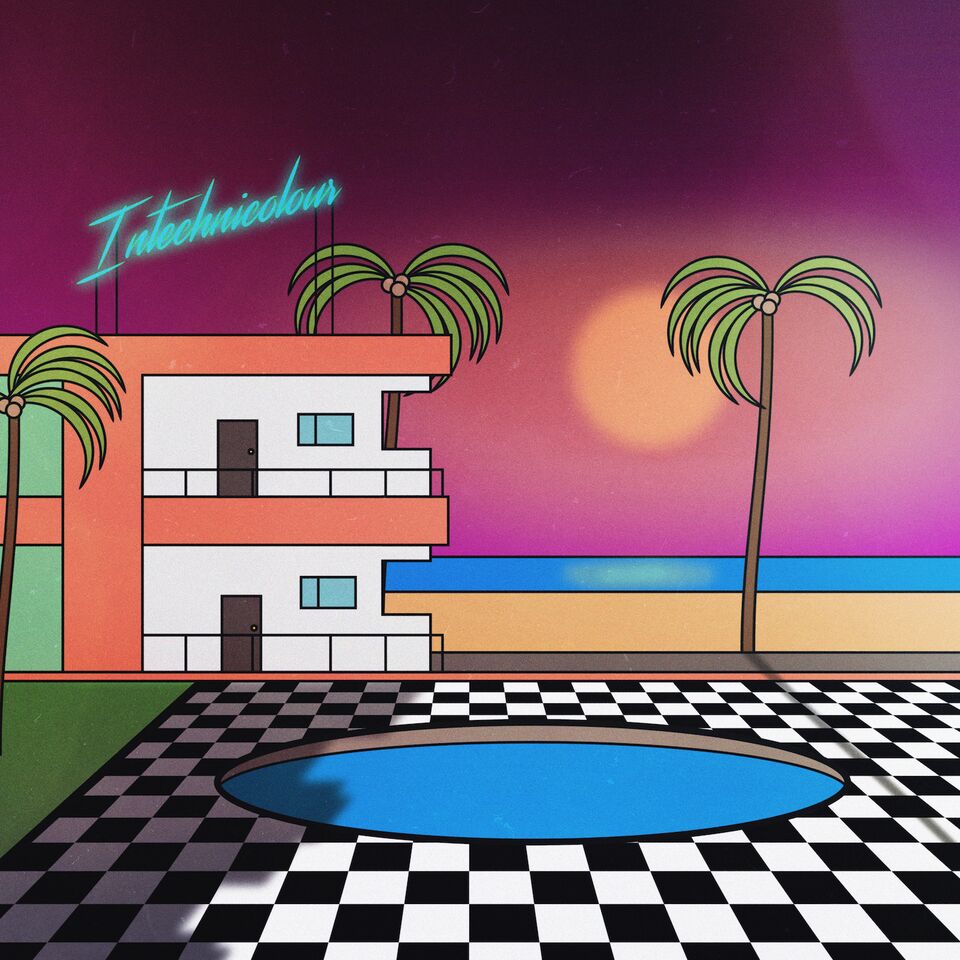 Brighton’s InTecnicolour combines haunting, powerful vocals with suspenseful, progressive clean sections and anthemic, unforgettable choruses, landing somewhere between the slack desert-groove of Kyuss and Karma to Burn. However, their influences don’t end there, as their penchant for combining simple yet deeply satisfying riffs with a dynamic vocal style calls to mind the sounds of Baroness, Gojira and Mastodon through to Queens Of The Stone Age and Drenge.

A behemoth on the live stage, following support dates with Black Peaks earlier this year they head out on the road in November as part of Upset Magazine‘s ‘About To Break’ tour alongside  fellow rising rock acts Bitch Falcon, Drones and Haggard Cat (see dates below).

With the eagerly-awaited album wrapped up and due to be announced soon (for an early 2019 release), this single showcases the strength in depth on the record. On first listen;  a thrashy, punk-influenced brat of a tune, the sparse and catchy vocal hook makes way for a mass of sprawling, lavish instrumentation that betrays the band members’ wide-ranging influences that take in math-rock and prog alongside heavy rock and metal.

“I’d just got back from touring in Mexico and spending the majority of my life for the past 4 weeks, driving through endless desert, and this song sprung from that”, says guitarist and co-songwriter Dave Jackson. “In its relentlessness and simplicity, Miami Funk definitely lends itself to long, fast drives down empty, dusty roads at 4am”.

Frontman Tobie Anderson elaborates: “The lyrics were born out of spending far too much time watching documentaries – docs that only ever seem to point a finger at the issue in question and say ‘look at this, going on over here’, but they never offer much more than an opportunity to be a spectator to something horrific”. Internalising this frustration before throwing it back at the world ten times magnified, his powerhouse performance was a departure from the often drawling, opiated overtones of previous tracks: “The song demanded a little more force than some of the others on the album, so I got to spend a good chunk of time in the vocal cupboard screaming my head off”.

In signature InTech style, the “Miami Funk” single will be accompanied by a hugely entertaining video depicting a debauched sporting grudge-match, set for release in November.

INTECH LIVE DATES
(PART OF THE UPSET MAGAZINE ‘ABOUT TO BREAK’ TOUR):