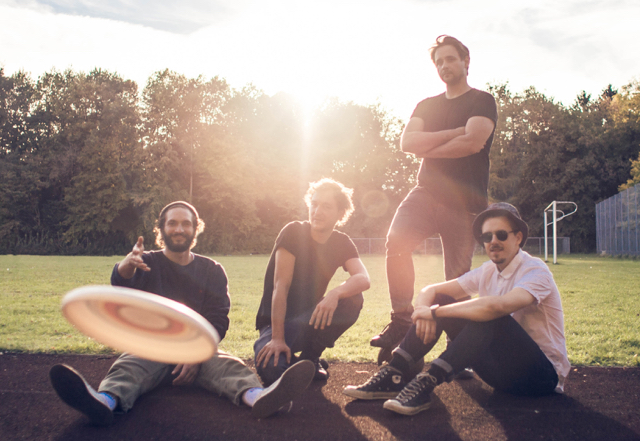 Having been ensconced in the studio writing new material for their forthcoming 5-track EP ‘Frisbee’ due 2019, German indie-pop 4-piece KYTES pre-empt its release with an exciting new track ‘Remedy’ including a mini tour of Germany this December.

‘Remedy’ kicks off with a thumping 4 on the floor dance beat and develops into a spacy displaced bass-line that anchors the entire song. Inspired by a self discovery trip to the USA along with gigs at SXSW, KYTES teamed up with acclaimed Austrian producer / artist filous to put the Californian feel back onto tape.

The band says: “This could be a remedy, gone are the sad days. It’s a new vibe. When we first met filous, we knew he was the right person for the song. We had such a cool and uplifting time in California, we were riding bikes all day long and fell in love with the totally laid back vibe, especially in San Diego. So when we came back home to Europe, we absolutely wanted to write a song about it, as a kind of ode to San Diego and the way we felt while being there.”

KYTES are an award-winning band based in Munich Germany. Since late 2015 the band have been on the scene and its members: Michael Spieler, Timothy Lush, Kerim Öke and Thomas Sedlacek, go back to the early days of school. The boys have racked up more than 200 shows to date, including festivals such as SXSW (USA), The Great Escape (UK), Sziget (HU), Frequency (AU), and Melt! (GER). Their debut album ‘Heads and Tales ‘ peaked at #14 on the German iTunes charts and songs were streamed more than 8 million times on Spotify.

Their new EP ‘Frisbee’ surprises from the very first second, the sound having evolved into something very distinct. The songs, written in Munich, Vienna and Amsterdam were all recorded and produced in Kytes’ studio in the Bavarian capital. Producer filous added his unique touch to the production, often employing the use of field recorders and an iPhone microphone, which enabled the band to write and record some songs within two days. The quality of the song-writing shines through the songs with the band’s imitable trademark sound and filous’ distinct production, surprising their listeners and giving each track its own special aura.

‘Frisbee’ is an independent release.