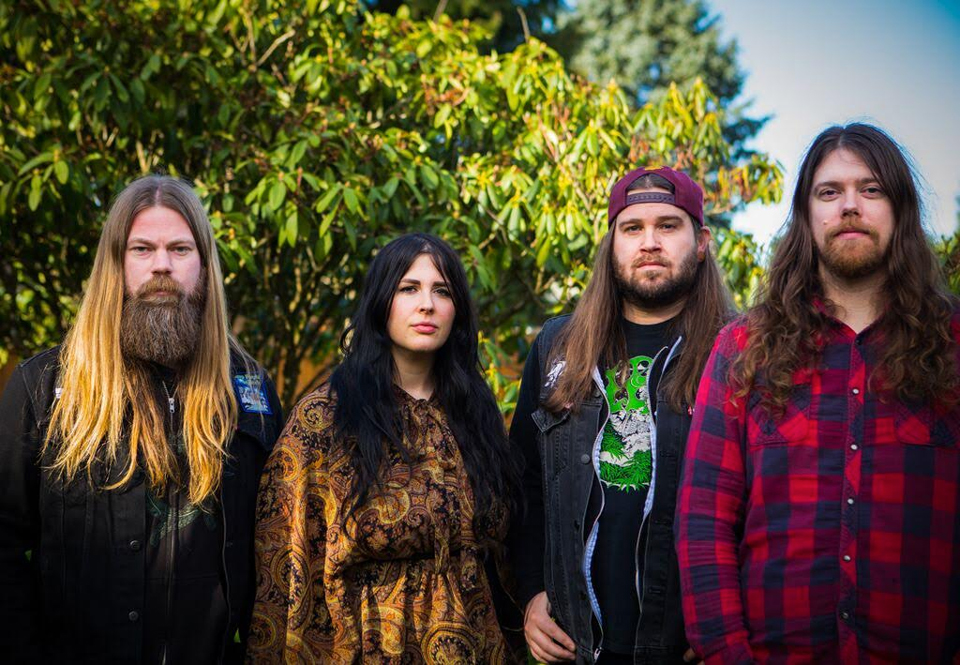 Portland, OR metal band Holy Grove will release its new album, Holy Grove II, on 9th November via Ripple Music. Recorded with renowned metal producer Billy Anderson (Sleep, Neurosis, SWANS), the album finds Holy Grove pushing heavy rock into exciting new realms as the band continues to blur the lines between classic heavy metal, doom and progressive rock. The record is the follow-up to the band’s self-titled debut, which Treble noted, “Recalls the desert boogie of Kyuss in their prime, but when they stretch out into some more cosmic doom sounds they find a middle ground between the operatic grandeur of Candlemass and the more contemporary fuzz of Windhand. It’s badass, monumental metal and it rocks hard.”

Holy Grove’s new album bridges the gap between the band’s gritty, heavy blues past and their darker, cosmic present. First single ‘Solaris’ summons the best of Holy Grove – tight riffs, interludes, and a groove that has already proven to induce plenty of fist-raising and headbanging. Opener ‘Blade Born’ is a bone-crusher of a rock ‘n’ roll song, and the cowbell kicker on ‘Aurora’ takes you down to a beer bust in Hades. The unexpected turns of the meticulously constructed ‘Valley of the Mystics’ (a fantastical nod to The Dark Crystal), will make you feel as if you’re floating one second, and falling the next while the aptly titled ‘Cosmos’ is a space rock masterpiece that features ghostly vocals from both Holy Grove vocalist Andrea Vidal and Yob’s Mike Scheidt. Listen closely and you can practically hear the song disintegrating as it re-enters Earth’s atmosphere.

As for Vidal, she delivers her most searing vocal performance to date, one that’s equally indebted to Ann Wilson as it is Tina Turner. Billy Anderson’s assured, but gentle, touch allows all the pieces to breathe and sweat like a bombastic Holy Grove live set. Intriguing album artwork by Adam Burke (Uncle Acid and the Deadbeats, Loss, Ruby the Hatchet) sets the stage for the sounds to come. This is album number two from the band, but it feels like it’s only just the beginning for Holy Grove.

“For us this record represents a rebirth of sorts,” says Vidal. “We went through a few trying years where the future of the band was in doubt and making another record seemed like it may never happen. But, we continued on, believing that we had more to accomplish. This new record is a result of that belief, as well as a lot of hard work. We’re all very proud of it and are looking forward to sharing it.”

Holy Grove II is the work of true believers in the power of rock ‘n’ roll. Holy Grove formed in 2012 and released its self-titled debut, which was met with local and national acclaim, in the spring of 2016. The group supported the release by touring across the United States and Europe in a mass of swinging hair and raw power and hasn’t stopped working since, sharing stages with the likes of Yob, Emma Ruth Rundle, Royal Thunder, Windhand, Elderand, Witch Mountain and performing as one of the featured acts at the 2016 Psycho Las Vegas festival.

Holy Grove II by Holy Grove is released on 9thNovember 2018 on Ripple Music.