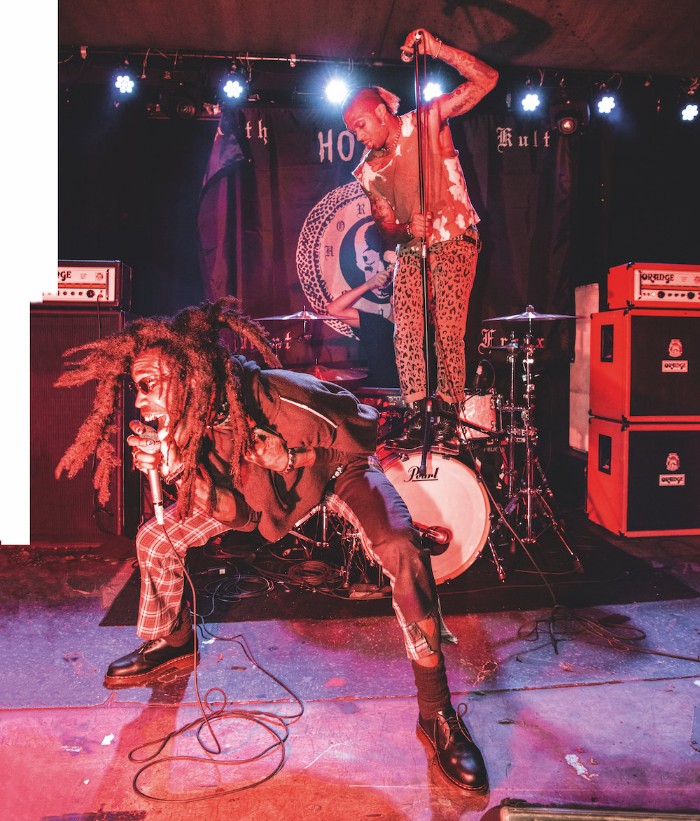 On Thursday 11th October, Camden’s very own DM’s Boot Room will play host to one of the most visceral performances as LA-based and New Jersey-bred masters of mania Ho99o9 take to the stage in a hurricane of their own-brand underground rap-punk, in front of sixty lucky guests.An amalgamation of punk, rap, militancy, industrial, metal, hardcore and everything in between; Ho99o9 are theOGM (Jean) & Yeti Bones (Eaddy), leaders of chaos and camaraderie.Their incendiary live presence has seen the duo daringly demonstrate their united furore all over the globe in coveted underground venues, at esteemed festivals such as Glastonbury, Afropunk and Download – to name a few, earning them enviable support slots from legendary artists such as such as Marilyn Manson, The Prodigy (who they’ll be supporting in the UK in November), Ghostface Killah and The Dillinger Escape Plan.With an arsenal of septic statement tracks featuring ‘Bone Collector’, ‘War Is Hell’ and ‘Street Power’, Ho99o9’s appearance at the intimate DM’s Boot Room will not be one to miss.For a chance to attend the show, fans can register their interest here. Due to the show capacity, it advised to do so as soon as possible to avoid disappointment.