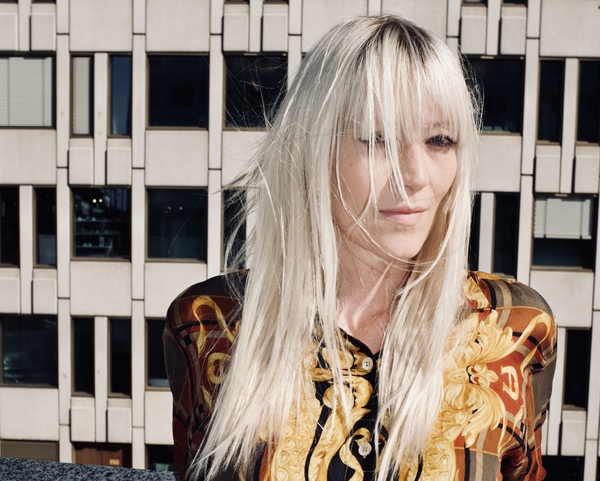 Hilma Nikolaisen
Shares video for “Only Me”
Taken from new album Mjusic out on 30 November via Fysisk Format
Listen/order here:
https://smarturl.it/Hilma_OnlyMe
Norwegian musician Hilma Nikolaisen shares the video for “Only Me”, taken from her album Mjusic out on 30 November. The video features artwork by Vanessa Baird (who also did the cover art for Hilma’s debut album Puzzler). Hilma explains further: “I am a big fan of the artist Vanessa Baird. In 2016 I was fortunate to feature her work on the cover art for my debut album Puzzler. Baird’s breathtaking exhibition You Are Something Else was really something else. I’m proud and grateful to have Only Me and You Are Something Else connected in this video.”

The video for “Only Me” was premiered by Get In Her Ears, who wrote; “Flowing with scuzzy hooks alongside Nikolaisen’s swooning, languid vocals, ‘Only Me’ oozes shades of the mellow alt-rock of the likes of Courtney Barnett or Pip Blom.”

Mjusic is Hilma Nikolaisen’s follow-up to her warmly received debut Puzzler (2016). It takes its title from a childhood punk band she started together with her brother Ivar in 1987, at the tender age of five. This time Ivar Nikolaisen (Kvelertak) appears on several of her songs, along with other siblings, and so the mjusic continues. While Puzzlerwas years in the making, with songs written over a longer stretch of time, Mjusic was conceived in a more spontaneous way. This time Nikolaisen has acted more freely on her intuition and imagination throughout the process. The result is a sparkling album that builds upon her debut, but utterly refined and with more attitude and immediacy.

Hilma played in several significant underground bands during her teens and early adulthood, before she had somewhat of an indie-breakthrough as bass player in her brother Emil’s internationally acclaimed shoegaze outfit Serena Maneesh (4AD). Emil also appears on Mjusic, playing drums on “Only Me” and “Light Shines”.

Different styles and colors come together in Mjusic, and they’re all unmistakable Hilma. This time with even catchier tunes and harmonics, vivid riffs, and inventive guitar lines. Mjusic is produced by Hilma Nikolaisen. It was recorded in Oslo’s Taakeheimen, Malabar, Jakob Church and Blitz. Mixed by Mattias Glavå (Dungen, Broder Daniel), Nick Terry (The Libertines), Anders Bjelland (Electric Eye), John McEntire (Tortoise, The Sea and Cake) and Morten Øby (Leonov, The Lionheart Brothers).