HATCHIE shares new track ‘Adored’ ahead of London headliner on Nov 1st. Announced to support The Vaccines on UK tour next year! 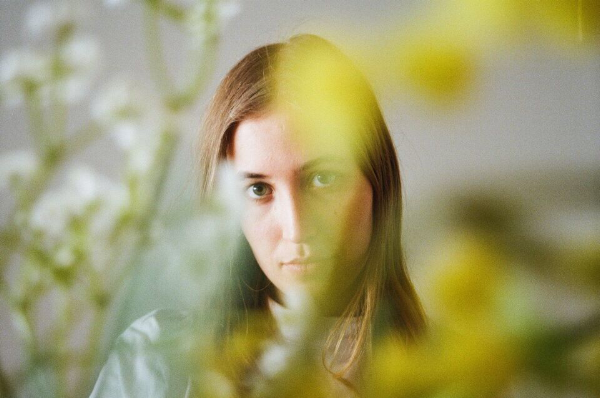 2018 has been a huge year for Brisbane-based newcomer Hatchie. Since a hugely successful first UK tour and the release of her debut EP ‘Sugar & Spice‘ on Heavenly in the Spring, she sold out an Australian headline tour as well as her first US headline shows, and more recently went on a US tour with Alvvays and Snail Mail (see a clip of all three performing together here).

Harriette Pilbeam and her band are currently preparing to return to Europe for performances at Pitchfork Paris’ Avant-Garde event and a London headline show at Electrowerkz on November 1st. Today she has dropped a brand new track as well as details of UK shows supporting The Vaccines in January & February next year.

“Adored” made it’s debut via Adult Swim’s singles program and is accompanied by a video which she has shared today. Commenting on the track, Harriette Pilbeam said: “‘Adored’ is a song that’s been floating around for a few years now so I’m really excited it’s finally found it’s place with this release. I’ve been playing it live since my first show but didn’t feel it fit on either my EP or forthcoming album. It’s about always wanting more than what you have, even if it’s perfect.”

Hatchie is the world of Harriette Pilbeam. To hear her music is to step inside her mind; a dreamy landscape where cascading synths, jangling guitars and white noise undulate beneath irresistible pop melodies. Rather than focusing on the external world of her daily life in Brisbane, Australia, Pilbeam instead turns her gaze inwards, making a soundtrack out of her daydreams, setting her emotional life to song.

After signing to Ivy League Records for Australia/New Zealand, Heavenly Recordings for UK/Europe and Double Double Whammy/Polyvinyl for North America, Harriette and her band have toured worldwide, including shows at SXSW, Live at Leeds, Liverpool Sound City, The Great Escape, packed out London headline shows at The Shacklewell Arms, The Social and The Sebright Arms. Her debut EP ‘Sugar & Spice’ was released in May and has notched up over 7.5 million streams and won praise across the globe.