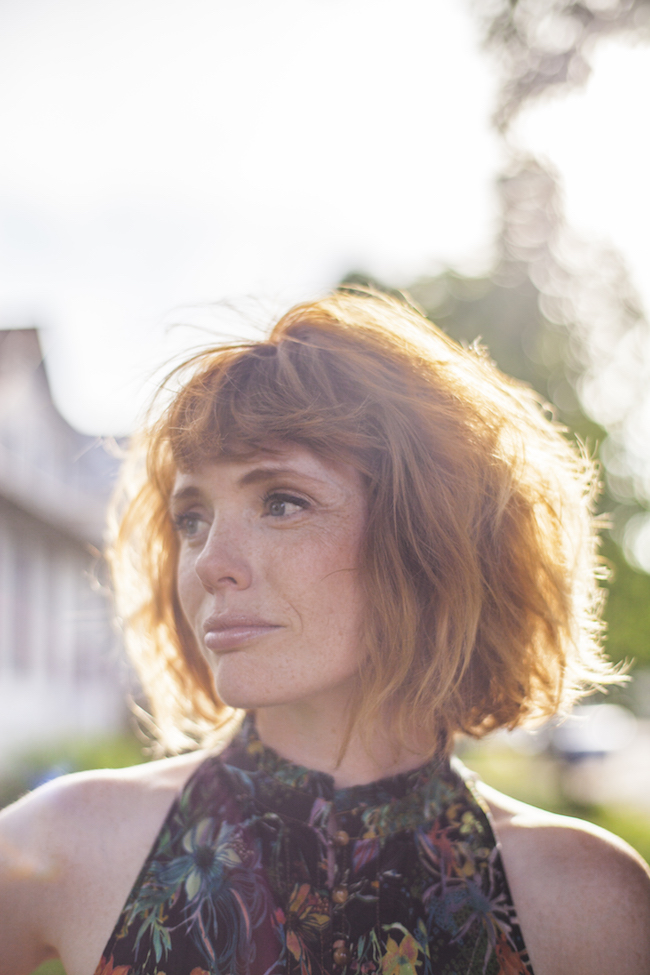 On 12th October, Haley will release her new album ‘Pleasureland’ via Memphis Industries. ‘Pleasureland’ can be pre-ordered now and follows up HALEY’s critically acclaimed album ‘Impossible Dream’ which received rave reviews from influential publications such as Pitchfork, NPR, MOJO, Q, Uncut, Bust, No Depression and more. Haley has now shared the first single ‘Infinite Pleasure Part 2’ from the forthcoming release.

Pleasureland features videos made by HALEY as well as a handful directed by familiar collaborators. Haley has now shared the video for new album track ‘Credit Forever Part 2’. The fast-paced and darkly humorous “Credit Forever Part 2” brings remarkable new energy to the classical-tinged arpeggiated piano, stopping and starting with the frenetic energy reminiscent of early punk. Using clips of television commercials and news coverage from the summer of 2001, McCallum encapsulates the year she graduated high school and moved to Minnesota, just days before the events of September 11th. The images portray an American landscape vested in capitalism, product placement and consumerism while sinister political forces simmer underneath.

HALEY, who had been known professionally as Haley Bonar for the past 15 years, changed her surname to reflect her maternal family name in 2017. HALEY has announced a November UK / EU tour in support of Pleasureland. All upcoming shows are listed below.
HALEY TOUR DATES
3rd November – Glasgow, UK @ Stereo Cafe Bar
4th November – Chester, UK @ St Mary’s Creative Space
5th November – Newcastle, UK @ The Cluny
6th November – Birmingham, UK @ Glee Club Birmingham
8th November – London, UK @ St Pancras Old Church – SOLD OUT
9th November – Cambridge, UK @ Storey’s Field Centre
10th November – Manchester, UK @ St Michael’s
11th November – Brighton, UK @ Rialto Theatre
12th November – Amsterdam, NL @ Tolhuistuin
Stark, minimalist, and melodically entrancing, ‘Pleasureland’ stands in a class entirely of its own, forging new but not unfamiliar ground for the Minnesota-based artist HALEY. Harkening back to her 2011 release ‘Golder’, which featured two instrumental tracks, McCallum has taken the instrumental concept a few steps further in a bold musical statement which features no vocals. This time, McCallum’s musicianship and artistry take the lead. Transitioning from the erratic, synth-driven intro of ‘Credit Forever Part 1’ into the deeply enchanting ‘Give Yourself Away’, which blends piano melodies in the style of French Romanticism with the production stylings of Brian Eno to build a sonic landscape which is as lovely as it is uneasy. In the stoner-metal burner ‘Syrup’, McCallum’s lead guitar swaggers lazily over a fuzzed out, intense layer of distortion, featuring long-time collaborator and guitar wunderkind Jeremy Ylvisaker and Low’s Steve Garrington on bass. The intimate and devastating ‘Pig Latin’ showcases McCallum’s extraordinary gift for melody, carried by world-class saxophonist Mike Lewis (Happy Apple, Bon Iver), tracked live in Haley’s bedroom.
Mixed by Shuta Shinoda (Anna Meredith, Ghostpoet), McCallum’s production shines through in a new light. Sparsely interlacing the organic and digital, Pleasureland moves through the gamut of grief, perception, and empowerment, eliciting both the uneasiness of a world shifting unexpectedly as well as the innate capacity for goodness and beauty. Here, McCallum displays her long-time mastery of simple and haunting melodies that remain with the listener long after, replacing explanation through words with a pallet of sonic exploration wrapped up into just twenty-seven minutes.
Although the concepts for ‘Pleasureland’ could be construed as cagey, the nature of this album is, at heart, for the listener’s pleasure alone. If you are expecting the dark pop-rock sounds which have defined HALEY’s music thus far, you will not necessarily find them here- what you will find, however, is an album that swells with powerful emotion and raw beauty, holding space for those without a voice while simultaneously creating a voice of its own. ‘Pleasureland’ displays another side of a unique artist resisting the familiar aspects of success by redefining it for herself.
‘Pleasureland’ Track List
1. Credit Forever Part 1
2. Give Yourself Away
3. Future Maps
4. Syrup
5. Credit Forever Part 2
6. Pig Latin
7. Double Dutchess
8. Next Time (For C)
9. Infinite Pleasure Part 1
10. Infinite Pleasure Part 2
11. Lonely as a Mother
12. Snake Moon
www.twitter.com/mysocalledhaley
www.facebook.com/MySoCalledHaley