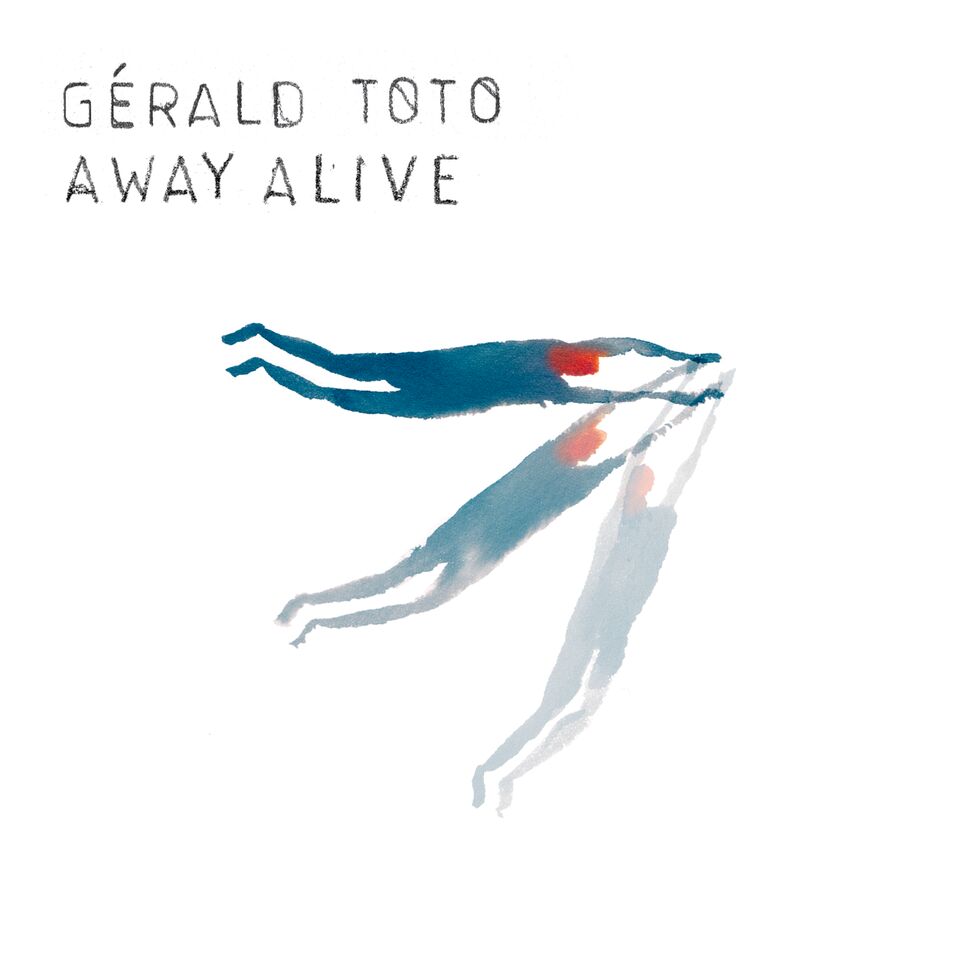 “Surreal and ethereal, breezy yet bold; a musical dreamscape that demands you to stop and stare” **** Songlines

French-Antillean Gérald Toto has released a short animated teaser to accompany ‘Away Alive’, the BBC 6 Music-supported (Don Letts, Gideon Coe) lead single from his forthcoming new album,Sway, out on October 26, 2018 via French label Nø Førmat (home to Oumou Sangaré, ALA.NI and Mélissa Laveaux). You can watch the trailer from here, with ‘Away Alive’ – available as a free download with album pre-orders – streaming via Spotify and Soundcloud.

As befits its title, Toto’s new solo offering sways gently in the breeze, cool, elegant and elusive.Sway takes its listener on a journey to a world that has time to stop and stare, where the frenetic din of modernity is hushed to a murmur, Toto’s songs seemingly plucked from a place of timeless reverie. ‘Away Alive’ itself achieves this effortlessly, with a languid groove and echoed backing vocals all working in service of an ethereal lightness.

We last heard Gérald Toto on 2017 trio album Bondeko (also issued by Nø Førmat), recorded with fellow global travellers Lokua Kanza and Richard Bona, which earned a run of four and five star reviews, leading one reviewer to liken the trio to “an African Crosby, Stills and Nash.” That record was the latest chapter in a career of impressive pedigree. Born in France in 1967, Gérald’s West Indian parents – hailing from the Antilles – were tax officials rather than musicians. But they were ardent music lovers, and their vinyl collection proved essential listening to a young Gérald, as their home vibrated to the ounds of American soul, Afro-Caribbean dance music, Congolese soukous and makossa from Cameroon. The radio soon provided an education in pop and rock – Toto’s first album purchase being Pink Floyd, swiftly followed by Neil Young, Bob Marley and a burgeoning interest in jazz.

By ten, Gérald was playing the guitar & the bass – later, a student loan was used to finance the building of a home studio, where he progressed from laboratory assistant to a full-blown “mad scientist of sound”. By the 1990s Toto was an intrinsic part of the French underground as a pioneering world music aesthete. He’s also worked with artists as diverse as the Algerian rai singer Faudel, Parisian hipsters Nouvelle Vague and the Middle Eastern electro futurists Smadj.

In 2005, Toto collaborated for the first time with Lokua and Bona, which led to debut album Toto Bona Lokua, which caused a sensation in France where it became a big seller accompanied by a sell-out tour. The thriving solo careers of all three artists meant it would be a full 12 years before time was eventually found to record its equally well-received follow-up, Bondeko.

Gentle yet lithesome and full of nuance, the new songs Gérald has gathered on Sway refuse categorisation, a cultural melting pot of acoustic folk, jazz, soul, pop and blues that embrace Creole and Caribbean flavours. If quiet is the new loud, Gérald Toto’s voice is blessed with an eloquence that demands to be heard. Sway to the rhythms of life.

Nø Førmat! is an independent record label based in Paris and founded in 2004 by renowned music producer Laurent Bizot.  Founded on the epithet that ‘you never know in advance what you’ll fall in love with’, the label seeks to invest in original musical projects and has built a reputation for releasing albums which are superbly recorded and packaged with style.  Spanning styles from rap, jazz and reggae to Brazilian pop, the label has released critically acclaimed albums by the most diverse range of artists including Oumou Sangaré, Chilly Gonzales, Ballaké Sissoko and Vincent Ségal, Kassé Mady Diabaté and Melissa Laveaux.