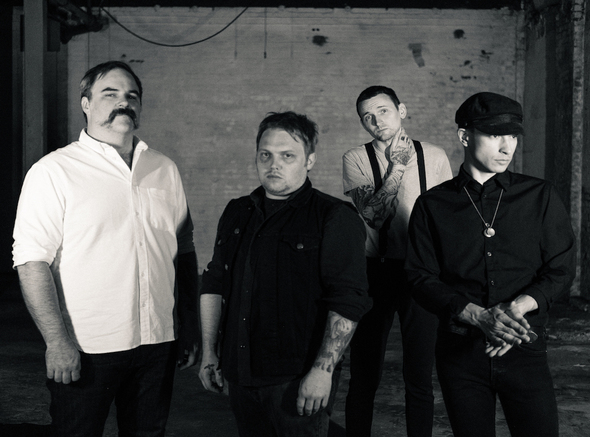 DAUGHTERS REVEAL A SHORT FILM “CITY SONG/ MAGIC RELIGHTING CANDLE” BY ALEXANDER BARTON,
A MAKING OF THE ALBUM VIDEO AND TEAM UP WITH FUZZROCIOUS PEDALS AHEAD OF INCOMING TOUR DATES, NEW ALBUM,YOU WON’T GET WHAT YOU WANT OUT NOW VIA IPECAC RECORDINGS

Daughters have collaborated with director Alexander Barton on a short film for the track “City Song” taken from their new album You Won’t Get What You Want, out now via Ipecac Recordings.

A Making Of video has been shared alongside a track by track guide to the album via Louder Sound, watch the making of video in full below.

Daughters have also teamed up with Fuzzrocious Pedals to create a limited edition pedal Empty Glass exclusively available through reverb.com, the pedal was crucial in the making of “City Song” read more from guitarist Nick Sadler below.

“Ryan/ Fuzzrocious came up with a modded version of one of his pedals that he thought might be a useful tool for Daughters. We traded the prototype and new ideas, back and forth, for nearly a year until I was able to sit down and begin applying the Empty Glass to this shelved self-referential percussion pattern. Empty Glass provides almost 100% of the music you hear in City Song – the challenge being in how to turn a simple drone tool into performative music.”

About the film…
Magic Relighting Candle is Alexander Barton’s first Super 8 expose of the trickery of ritual. Alexander Barton is a New York based visual artist whose work centers on the perversions of cultural debris by deconstructing sacred forms and collaging images of degradation. As a friend and collaborator of Daughters, Barton complimented six minutes of experimentation with a familiar household performance to their introductory track “City Song”. The flame teases the hopeful youth and rhythmically refuses his satisfaction. Flickering in and out of grain and noise, disappointment and smoke, Magic Relighting Candle challenges the creative and superstitious.