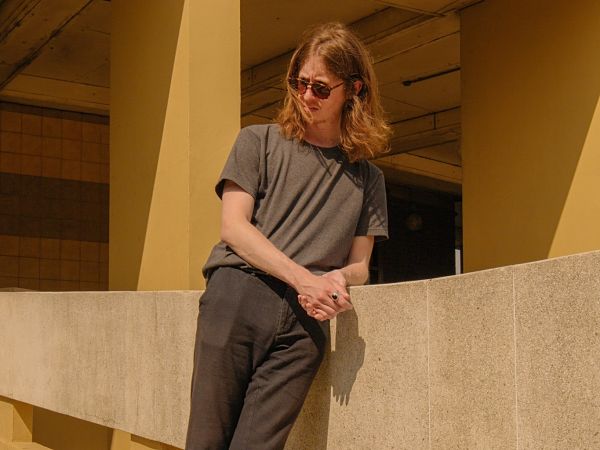 Sheffield’s Blossomer have now shared their atmospheric new single HLLW, out now via Instant Karma. The single flickers with fragile flourishes and synths, creating a sound that is undeniably hypnotic and reminiscent of Wild Beasts’ sensual blend of eclectic dream-pop.

Talking about the track, lead singer Alex Crabbe elaborates, “it was written over a transitional period of moving to London so the production went through a lot of changes and a load of re-recording. It was sort of influenced by very low end stuff like Nine Inch Nails and Massive Attack. I sort of wanted it to be quite abrasive and industrial, which is why the beginning sounds quite harsh and almost out of place.”

The band was formed in Sheffield in 2012 when Crabbe moved into his student halls and discovered Rob Eatough (bass,  keys, drum machines) and Alex McKay (guitar) blasting out The Beatles from their flat. Their mutual love of both traditional rock and electronica allowed them to discover their own unique sound with no drummer necessary. Blossomer have been making waves on the Northern circuit for a while now, having regularly played at Tramlines festival, as well as supporting the likes of Slow Club and Gengahrr to name a few. They have also received praise from well-regarded publications including Clash, Disco Naiveté and Little Indie Blogs.